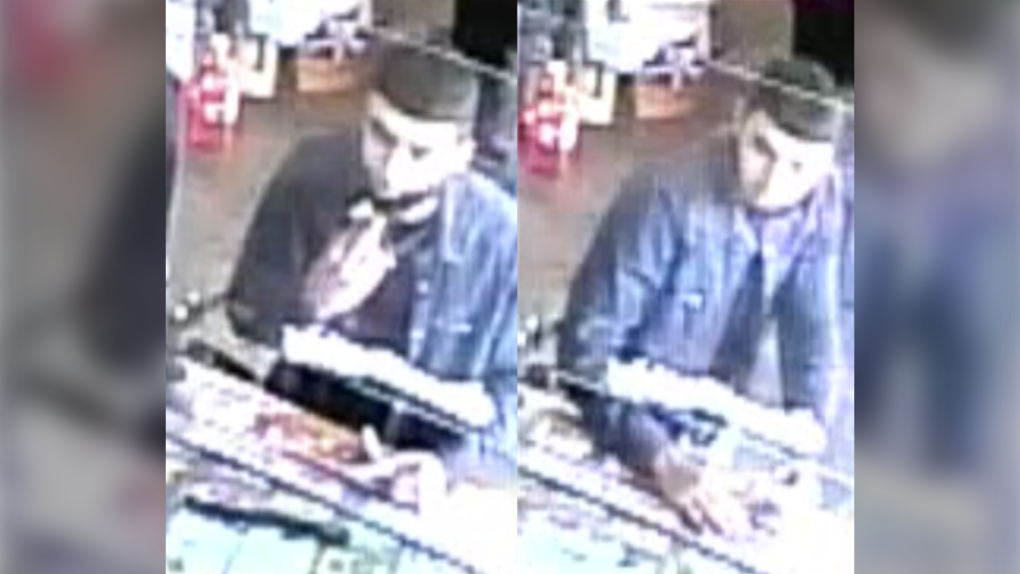 Longueuil police is asking for the public's help to identify a suspect in the armed assault of a clerk at a neighbourhood Couche-Tard. (Courtesy: SPAL)

MONTREAL -- Longueuil police (SPAL) is asking for the public's help to identify a suspect in the armed assault of a clerk at a neighbourhood Couche-Tard.

According to the force, on May 28 at 3:21 p.m., the suspect walked into a Couche-Tard in the Saint-Hubert region.

When he was asked for a piece of photo identification, police say he returned to his vehicle and brought back a parking ticket, which had his date of birth on it.

"The clerk demanded photo ID and the suspect allegedly punched the Plexiglas between him and the cashier, insulting them and hitting them in the face," Longueuil police said. "The victim suffered a cut and a bump on the left side of their forehead."

The suspect is described as a white man around 20-years-old.

He has brown hair, blue eyes and speaks French. He wears a chain around his neck and has a space between his teeth.

The force is asking anyone with information to call the anonymous line 450-463-7211.

Anyone with information on criminal activity on the territory is encouraged to contact the anonymous Info-Azimut line at 450-646-8500.