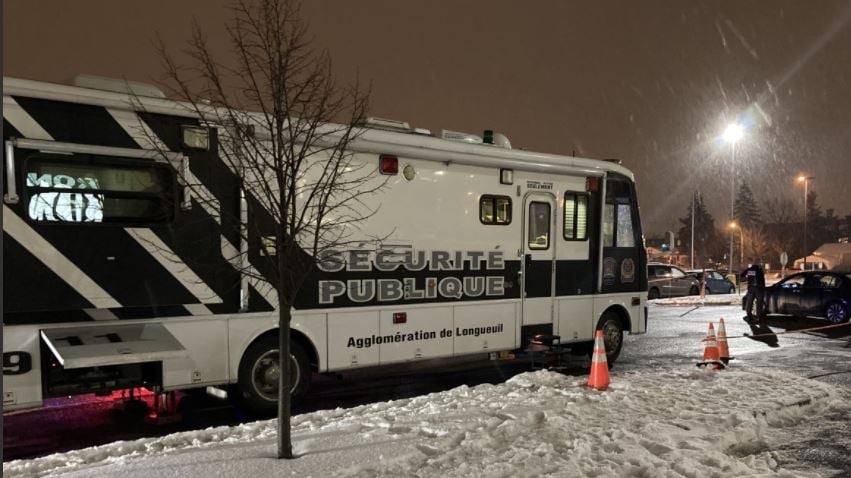 Longueuil police have opened a homicide investigation after a woman was found dead and with 'traces of violence' on her body in a parked car on Wednesday, Jan. 5, 2022. (Source: Longueuil police)

Longueuil police say a suspicious death of a woman whose body was found in a parked car in a commercial parking lot is now a homicide investigation.

A passerby found the body of the 54-year-old woman, a local resident, around 1:20 p.m. Wednesday in a parking lot on Roland Therrien Boulevard.

There were "traces of violence" on the woman, according to police, who confirmed the killing mark's the city's first homicide of the year. The victim's identity has not been released.

No suspects have been identified and police say the investigation is ongoing.

Anyone with information regarding the incident can make an anonymous report by calling 450-463-7211.

An 18-year-old gunman opened fire Tuesday at a Texas elementary school, killing at least 18 children as he went from classroom to classroom, officials said, in the latest gruesome moment for a country scarred by a string of massacres. The attacker was killed by law enforcement.

Biden says 'we have to act' after Texas school shooting

An anguished and angry U.S. President Joe Biden called for new restrictions on firearms Tuesday night after a gunman massacred 18 children at a Texas elementary school.