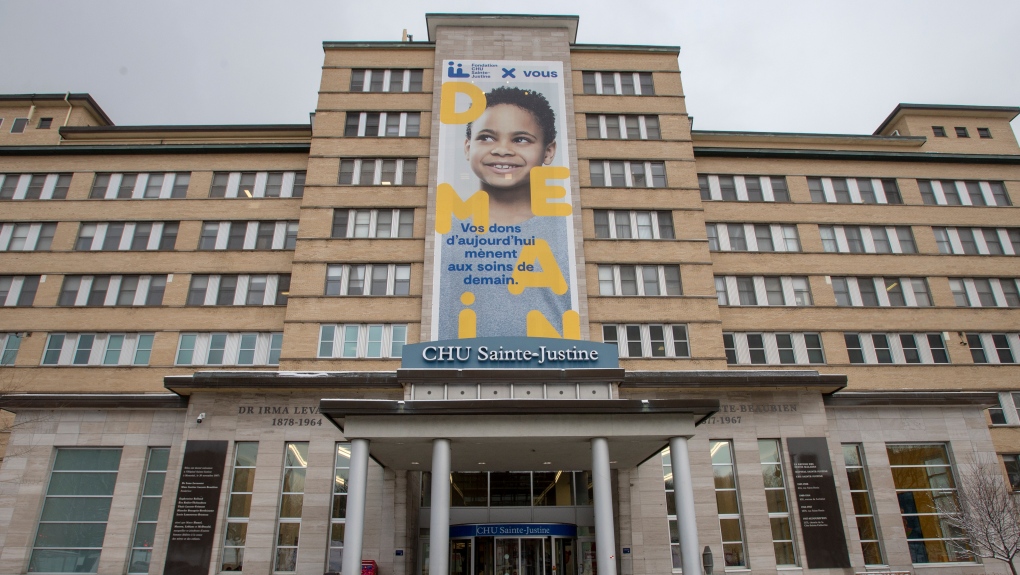 MONTREAL -- Fabienne Lamaison can no longer count the number of times since the birth of her little Mellina, doctors have warned her to prepare for the worst, that there was nothing more they could do.

Three years later, after having repeatedly thumbed her nose at a fate that was said to be inevitable, the one her mother calls "the little fighter" is still there, smiling and bursting with life.

"She ended up in palliative care after a third bowel operation, after a month of life," said Lamaison. "We were preparing to lose her from one day to the next. She fought and she managed to go up the slope slowly, not quickly... For us it was a roller coaster. It was terrible."

If Mellina owes her survival to her courage and determination, she also owes it to a targeted therapy that is usually used in oncology, but which in her case represented the last hope of curing the heart problem.

"We were really honest with the family. We told them that we didn't have a lot of experience with it, that this was the first time we had done it here. It was also based on limited clinical experience, since it's a rare condition," said Dr. Thai Hoa Tran, who is a pediatric hematologist-oncologist at CHU Sainte-Justine.

Everything had started well for Lamaison and the twins she was carrying.

But at week 20 of the pregnancy, during a routine ultrasound, the ground gave way under her feet when doctors told her that Mellina's brother was suffering from serious health problems.

"We fell into a nightmare," said Lamaison. "We were advised to terminate the pregnancy in utero for her brother, so that Mellina could survive."

However, the operation caused complications and Lamaison found herself bedridden.

Mellina finally came into the world by emergency cesarean section on May 1, 2017, after only 25 weeks of gestation: she was only 30 centimetres tall at the time and weighed barely 700 grams.

It wasn't long before her determination to survive was tested, as she underwent three surgeries to repair three perforations in the intestines during her first month of life.

The doctors even hesitated to perform the third operation, convinced that Mellina would not survive.

"We were told that there was nothing to do and that she was going to leave, and finally the little fighter blew us away, she wanted to live and she fought," said her mother. "What did we have to lose? We had already lost a child. We decided to do everything for our daughter."

A fourth and a fifth intervention were carried out a little later to allow her to eat normally.

It was not until February 2018 that Mellina finally obtained the right to return home, after a stay of several months in the intensive care unit of Sainte-Justine.

The respite at home was short-lived for the little girl and her parents.

"Her situation was improving little by little, but we saw that she still had pulmonary arterial hypertension, but we did not really know where it came from," said Lamaison. "We blamed it on prematurity."

At the end of a year, the prematurity explanations seems less and less likely, and the hypertension Mellina still suffered from began to seriously worry cardiologists.

A test detected that she has pulmonary vein stenosis, which is a narrowing or blockage of the veins that bring oxygenated blood from the lungs to the heart.

It is a rare and serious disease that caused Mellina to be short of breath, swelling of the face and a lot of fatigue, and the doctors were less optimistic.

Two surgeries, the first in July 2018, temporarily solved the problem, but the disease returned each time.

"We were told, 'unfortunately, we don't know what to do, we have no way out,'" Lamaison recalled. "We were told that she will survive for a few weeks, a few months at most. She wasn't going to reach Christmas. You couldn't believe she had been through it all to come to this."

ONCOLOGY TO THE RESCUE

Mellina's parents were offered an experimental immunosuppressive treatment which is usually used to treat leukemia.

They were warned, however, that chances of success were very slim.

"The problem is that we had heard it at least three times before (that there was nothing more to do)," said Lamaison. "We were like, 'well, let's go back in there!' It was already decided. We weren't going to let go and find something. We couldn't give up for our little girl who was full of joie de vivre."

The treatment presented to them was based on experiments carried out in Boston.

American researchers had detected the presence of proteins which slightly increased the development of cells which would then thicken the blood vessels.

"Some of these proteins could be targeted by the molecule that is used in the treatment of chronic myeloid leukemia," said Tran. "It's a molecule we've been using since the 2000s. It really revolutionized the way we treat certain leukemia."

If this molecule is well known in oncology, it was one of the first times that it was used to fight a heart problem like the one from which Mellina was suffering.

"But in a context where we could not offer other treatments," Tran said, "and since the toxicity profile of the molecule was deemed acceptable, it was decided that the plan was worth the risk.

"There was nothing else that could be done if her condition ever worsened," he said. "We didn't really know how well she was going to respond, but to our surprise this drug allowed her to stabilize for at least 18 months, and that's when we decided to stop and see if it is possible to maintain stabilization without medication."

Mellina's state of health has been stable for 18 months. Immunotherapy was halted in September and the latest tests showed no evidence of the disease.

This makes her the only Sainte-Justine patient to have ever survived pulmonary vein stenosis.

"We have a lot, a lot of hope," said Lamaison. "We're not saying it's all won, but it's a good start and we're very encouraged."

Today, Mellina is a happy, smiling little girl who loves to dance and run. Her godmother is a nurse from Sainte-Justine with whom her parents have become friends.

She is "the little ray of sunshine" at the daycare she has been attending for a year and where the other children do not pay much attention to her developmental delays.

"She is a cuddly, very caring little girl who has a lot of empathy for her age," said her mom. "She has a great energy, a great joie de vivre."

Tran admitted Mellina's results "are very inspiring," and it has motivated researchers to continue their work to try to understand everything they still don't understand about the disease.

Lamaison said that her husband and she, when they were offered an experimental treatment without guarantee of success, were in part driven to accept it with the hope that the knowledge acquired, even in the event of it failing their daughter, may one day save other children.

"There is always a little hope and we must try everything for everyone," said Lamaison.