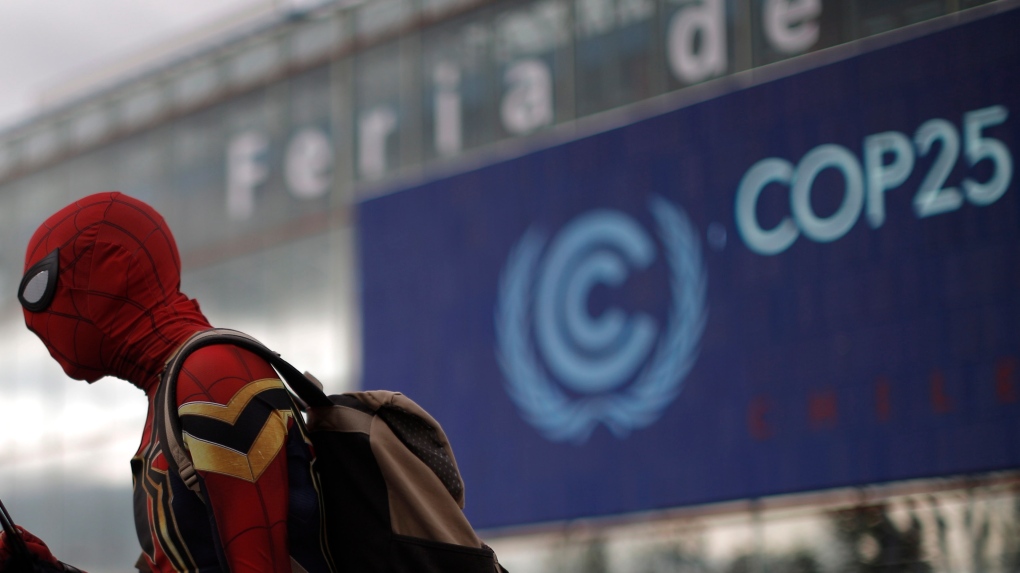 A man dressed in a Spiderman costume walks outside of the COP25 climate talks congress in Madrid, Spain, Saturday, Dec. 14, 2019. The United Nations Secretary-General has warned that failure to tackle global warming could result in economic disaster. (AP Photo/Manu Fernandez)

MONTREAL -- The official opposition in the National Assembly is calling for a general assembly on climate change.

The Liberal Party (PLQ) is asking the Legault government to gather everyone around the same table, in order to find solutions to the climate emergency.

Shortly after the United Nations summit on climate change, COP25, ended in Madrid in disappointment and failure, the PLQ is demanding that the CAQ government mobilize all of society to act quickly.

MNA Marie Montpetit represented the Liberal Party at COP25 in Madrid. In an interview with The Canadian Press, she said that she still did not feel the urgency within the Legault government to make Quebec go green.

She said the environment is a non-partisan issue and it is time to bring parties, civil society and business together to agree on a plan.

The CAQ government plans to table a climate change action plan in 2020.

Premier François Legault admitted last week that his government was suffering from a credibility deficit in terms of protecting the environment.

This report by The Canadian Press was first published Dec. 15, 2019.