Liberal MNA withdraws from caucus during audit on his constituency office 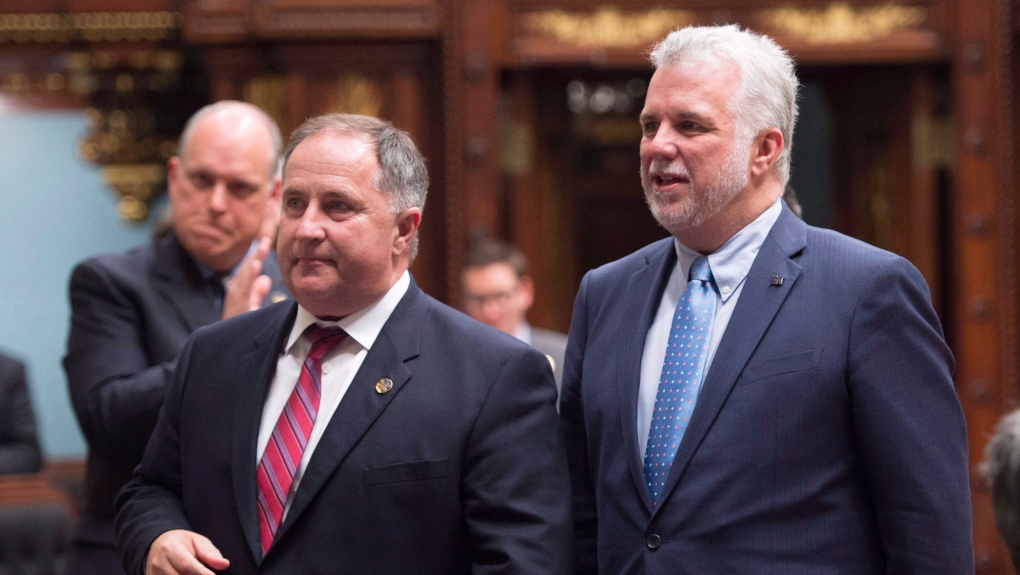 MNA Paul Busque, left, enters the legislature with Quebec Premier Philippe Couillard, after he was sworn in on November 17, 2015 at the legislature in Quebec City. THE CANADIAN PRESS/Jacques Boissinot

The Liberal MNA for Beauce-Sud is temporarily withdrawing from the party’s caucus amid an audit on the management of his constituency office.

In a statement from the parliamentary wing of the party, Paul Busque said Thursday that he wanted to reiterate to the constituents of his riding that “he works every day to defend (their) interests in the National Assembly with the conviction of have always acted with honesty and diligence.”

Liberal caucus chair Filomena Rotiroti stated that Busque had informed her that he was temporarily stepping down.

The ethics commissioner is currently conducting audits of the management of Busque's constituency office, Rotiroti said.

She said the MNA agreed to cooperate fully with the ethics commissioner into the matter.

Busque is the parliamentary assistant to the minister of the economy, science and innovation.