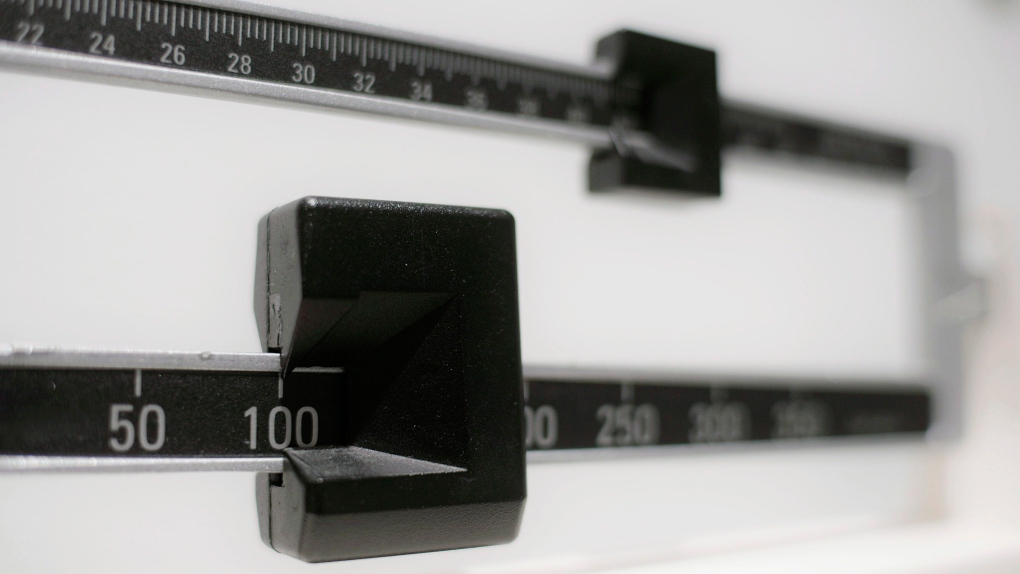 A Liberal MNA is calling for the Quebec government to ban the practice of weighing students in CEGEP, saying students have reported recent experiences that are humiliating and can harm those with an eating disorder.

“For us it’s unacceptable,” said Isabelle Melancon, the MNA for Verdun, and the opposition's critic on the status of women file.

“That’s why we accepted to look at it in the past, and we acted, and there’s a part of it left to do and the CAQ refuses to do it,” Melancon said.

The practice of weighing children was banned in elementary and high schools in 2017 by then-education minister Sebastien Proulx, who served in the Liberal government, after a parliamentary commission examined the issue.

CEGEPS, however, were not subject to the ban because the petition that prompted the debate focused on younger children, Melancon said.

Still, the minister of higher education at the time, Helene David, sent all CEGEPS a letter that contained some guidelines on weighing students, without ruling out the practice completely.

SOME SCALES STILL IN USE

About five years later, it seems the message hasn’t gotten through to all college administrators.

In September of 2021, a 17-year-old student came forward with her story, which “shocked” Melancon when she read about it in the Journal de Montreal.

The student described a situation at the CEGEP de Vieux Montreal, "during a physical education class, where they were obligated to get weighed in front of the group,” Melancon said.

The public spectacle was “distressing” for the young woman, her mother told the news outlet, and she “even switched CEGEPs as a result,” Melancon said.

The MNA acknowledged that CEGEP students are probably not asked to step on a scale by their teachers often, as far as she can tell.

But she said that “even if it’s not frequent, we must act, because it involves the health of lots of young girls” as well as boys.

Tania Lemoine, the director of BACA eating disorders clinic in Montreal and a therapist, agrees and is “absolutely against the practice of weighing kids and young adults in schools," she said.

“There’s significant data that shows it’s not necessarily the only thing that will trigger an eating disorder, but it does increase anxiety, it does make people feel ashamed of their weight," she said.

“It really contributes to people wanting to avoid or restrict food intake when you know you’re going to be weighed,’ Lemoine said.

After learning that weigh-ins were still going on in Quebec, Melancon said she asked Danielle McCann, the current minister for higher education, to address it by issuing a clear directive forbidding the practice or by putting it into law. She said the minister declined.

A petition Melancon submitted to the National Assembly this month entitled "Ban on weigh-ins at CEGEP," signed by more than 1,000 people, also yielded no results.

CTV News contacted the minister’s office to ask if she favours a ban on weigh-ins at CEGEPs.

“Last October, the Ministry of Higher Education sent a directive to the general directors of colleges reminding them that no mention of weighing or calculating students' BMI is [to be ] made in the college physical education program and that it must always be optional and done in private," the statement said.

“I will send a reminder to the college system, which will specify again that this is a practice that can only take place at the request of the student,” the statement read.

Melancon said she finds that response inadequate since “we [the Liberal Party] already sent a note and clearly some either didn’t read it or didn’t do anything about it, because it happened again.”

CTV News asked Dawson College to describe its policy on weighing students and when this would ever be deemed necessary, in order to get an idea about how some colleges approach this.

In an email, a spokesperson said unequivocally that “if anyone is weighing students, it is not with the College’s knowledge or consent.”

“For academic purposes, we do not under any circumstances weigh students,” Donna Varrica wrote.

The only time weight is an issue is when students engage in certain sports, she said.

“Some combat sports may classify students in weight categories, but no one is actually weighed," said Varrica.

"A visual assessment is made to make sure students don’t put themselves at risk by underestimating or overestimating their category."

The days of collecting stickers from cups and claiming a hot drink after purchasing six will soon be a thing of the past at McDonald’s Canada locations as of December 2023.