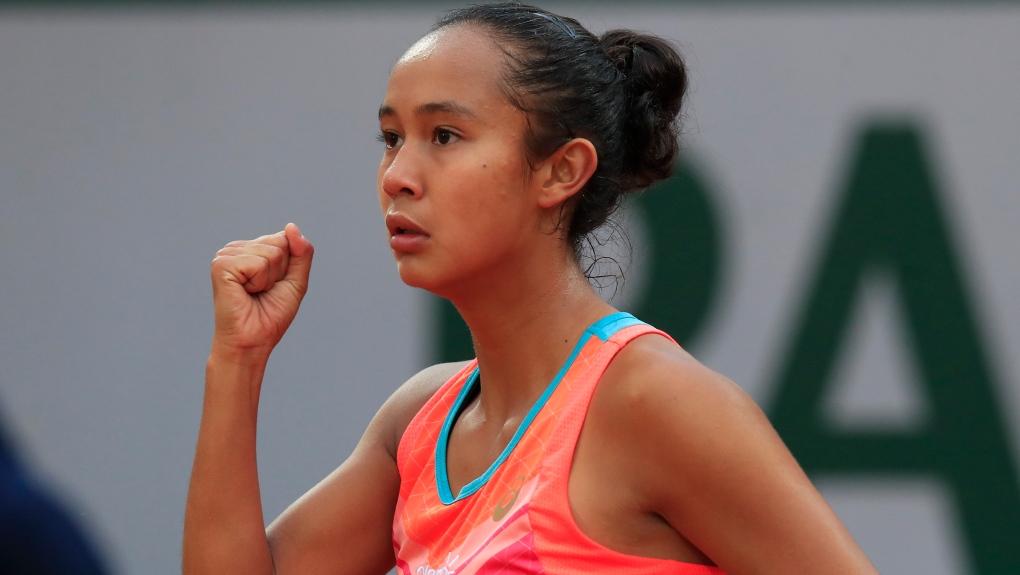 Canada's Leylah Fernandez clenches her fist after scoring a point against Petra Kvitova of the Czech Republic in the third round match of the French Open tennis tournament at the Roland Garros stadium in Paris, France, Saturday, Oct. 3, 2020. (AP Photo/Michel Euler)

KRALJEVO, SERBIA -- Leylah Annie Fernandez and Rebecca Marino will play the singles matches for Canada in a Billie Jean King Cup playoff tie against host Serbia on Friday and Saturday.

Fernandez, the top-ranked singles player in the indoor hard-court tie at No. 72, will face world No. 162 Olga Danilovic in the opener, while the 230th-ranked Marino will meet world No. 87 Nina Stojanovic in the second match on Friday.

The winner of the best-of-five tie advances to next year's qualifiers and the loser drops into the Regional Group I.

The Billie Jean King Cup is the new name for the Fed Cup -- the top international team tournament in women's tennis.

"While we know this tie represents a difficult task for our team, we are ready," Canadian captain Heidi El Tabakh said in a statement. "Our preparation this week has been second to none and all four of our players have been performing very well in practice. Serbia will be a tough opponent, but we have been working hard all week and know we have what it takes to get the win."

- This report by The Canadian Press was first published April 15, 2021.