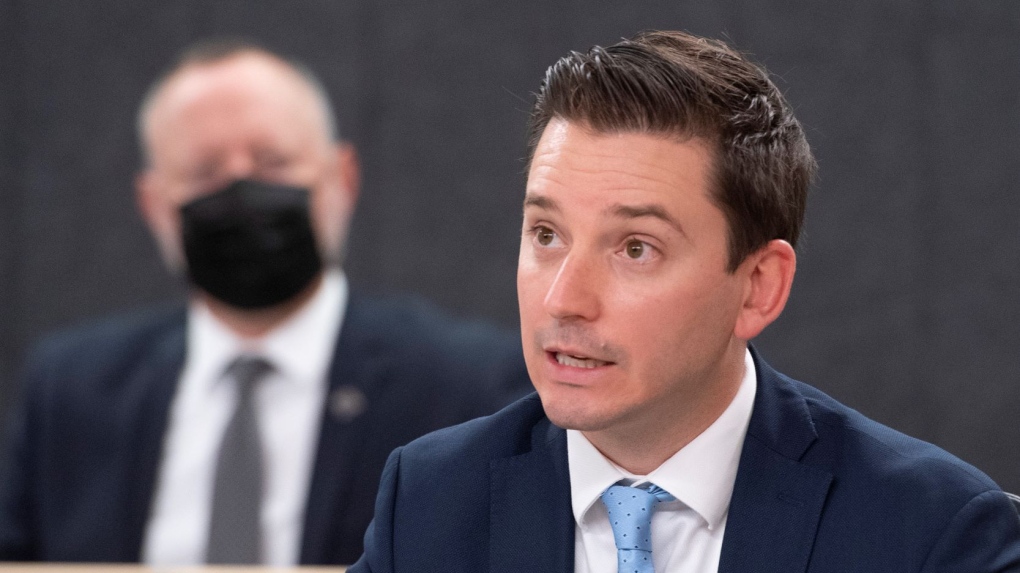 Quebec Minister Responsible for the French Language Simon Jolin-Barrette speaks at the beginning of a legislature committee studying a reform of the French language law, Tuesday, September 21, 2021 at the legislature in Quebec City. THE CANADIAN PRESS/Jacques Boissinot

Staff at the Belœil office, in Quebec's Montérégie region, opened a letter around 10:30 a.m. and noticed an unknown white substance. They then called 911.

Police arrived on scene and evacuated the building as a bomb squad was called in to retrieve the package. The case was transferred to provincial police.

Stéphane Tremblay, a spokesperson with the Sûreté du Québec (SQ), said Thursday evening the written letter contained "insults" directed at the minister, but not threats. The unknown substance turned out to be sugar after lab testing.

The SQ investigation is ongoing.