Lester B. Pearson School Board condemns Charter of Values 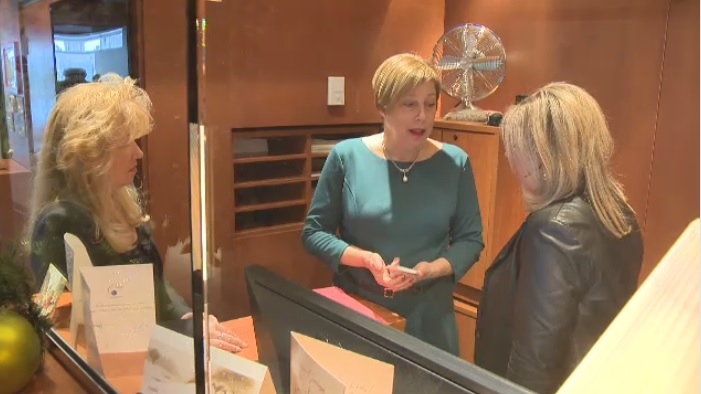 Suanne Stein Day (centre), chairperson of the Lester B. Pearson School Board, says Bill 60 is trying to "homogenize" their staff, and the board will not stand for hat.

The Lester B. Pearson School Board prides itself on its diversity, and its chairperson says that's exactly what Bill 60 is trying to destroy.

“This bill tries to homogenize all staff and strip them of their rights to be individuals,” said Suanne Stein Day.

In a strongly-worded brief to be submitted for use in government consultations on the proposed law, the board has come out in opposition to the so-called Charter of Values.

“We go further to state that this fear-mongering, hate-promoting bill goes against everything the English public school system and the Lester B. Pearson School Board believes in, stands for and teaches in our classrooms,” it reads.

The charter's official name is the Charter Affirming The Values Of Secularism And The Religious Neutrality Of The State, As Well As The Equality Of Men And Women, And The Framing Of Accommodation Requests.

The statement goes on to question how the bill enshrines equality for women, pointing out that the charter’s provisions against “ostentatious” religious symbols will prevent women who follow religious or cultural traditions from working.

“Violence against women includes controlling what they can wear AND WHAT THEY CAN'T,” it says.

The declaration even paraphrases the insult hurled at French-speaking Quebecers decades ago, calling Bill 60 the 'speak white' of 2013.

The board has 4,500 employees and nearly 30,000 students, and it feels it has managed to remain neutral without a law dictating religious garb.

The board plans to testify against Bill 60 at the National Assembly, and will send a diverse group of people to speak to legislators.

“How are the committee members going to address a school teacher in a hijab to her face and say we don’t want you teaching? Because she's not taking off her hijab,” Stein Day said.

The Lester B. Pearson board joins other major institutions that have come out against Bill 60, including McGill University, Concordia University, the Jewish General Hospital and the McGill University Health Centre, forming a growing challenge to the PQ government's most controversial priority.