The five star points as chapters in his life is the concept author and artist Philippe Girard's uses in the graphic novel "Leonard Cohen: On a Wire" recently released in English.

"I decided that each tip of the star would be dedicated to a decade," said Girard. "I put Leonard's death in the centre of the star, and then started by the death, [then the] first decade. It was a process almost driving the whole book all by itself."

The graphic novel was originally published in French (Leonard Cohen: Sur un fil) with Helge Dascher and Karen Houle doing the translation for the English version.

Girard said he started writing after five months of studying biographies, interviews, concerts and anything else he could get his hands on related to Cohen's life.

The graphic novel was published, you guessed it, five years after Cohen's death. 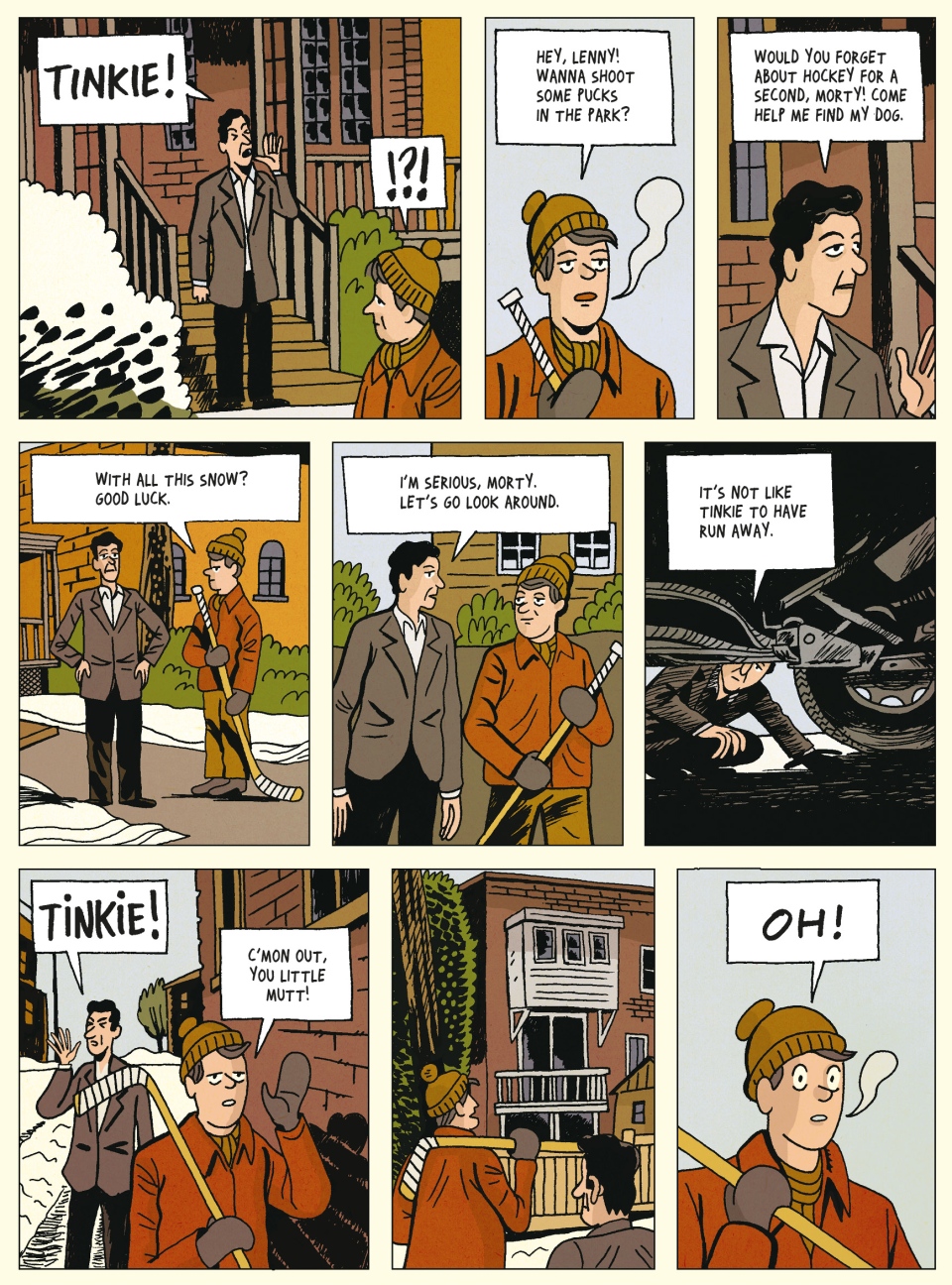 Philippe Girard's 'Leonard Cohen: On a Wire' is a finely illustrated graphic novel that captures the essence of the Montreal singer-songwriter and man of the people's life. (SOURCE: Drawn & Quarterly)

It is the first time the iconic Montreal singer-songwriter and poet has appeared in comic form and part of the challenge for Girard was creating an engaging biography that wasn't 1,000 pages to match the 1,000 lives Cohen lived in Montreal, London, Greece, California and elsewhere meeting the likes of Janis Joplin, Lou Reed, Phil Spector, Joni Mitchell and, of course, Suzanne and Marianne.

"It's been a challenge," said Girard. "I didn't want to make a book that was too thick because books are already expensive. And I kind of like the idea that you don't have to say too much to be understood. So my goal was to have approximately 100 pages and, I ended up with 120, which is pretty close."

The result is a finely illustrated, well-told history of drugs, women, music, poetry, faith, and heartache.

The Quebec City author published his first comic when he was eight and has more than 20 titles to his name.

Cohen as a subject is one Girard embraced in exploring, and he was surprised as years went on that no biographies were published.

"I felt like it was a beautiful subject," said Girard. "I saw it as a beautiful flower and a part that was only waiting for someone to pick it, and nobody seemed to be willing to do it. So I said, 'All right, I'll do it. And I'll do it my way, and I'm going to do it in a way that I feel is respectful, and is up to my standards and his standards because his standards were really high.'"

Being a French-speaking Quebecer, Girard said his point of view may be different from an English-speaking fan, but that he sees in Cohen a Quebecer looking for affection much like the majority of people in the province.

"He is a fantastic Montreal poet, someone that I liked, and I see in him a mirror image of every Quebecer's life," he said. "He was someone who felt different than was reaching out. When I look at him, I see something that's universal, and that's the thing that I really liked."