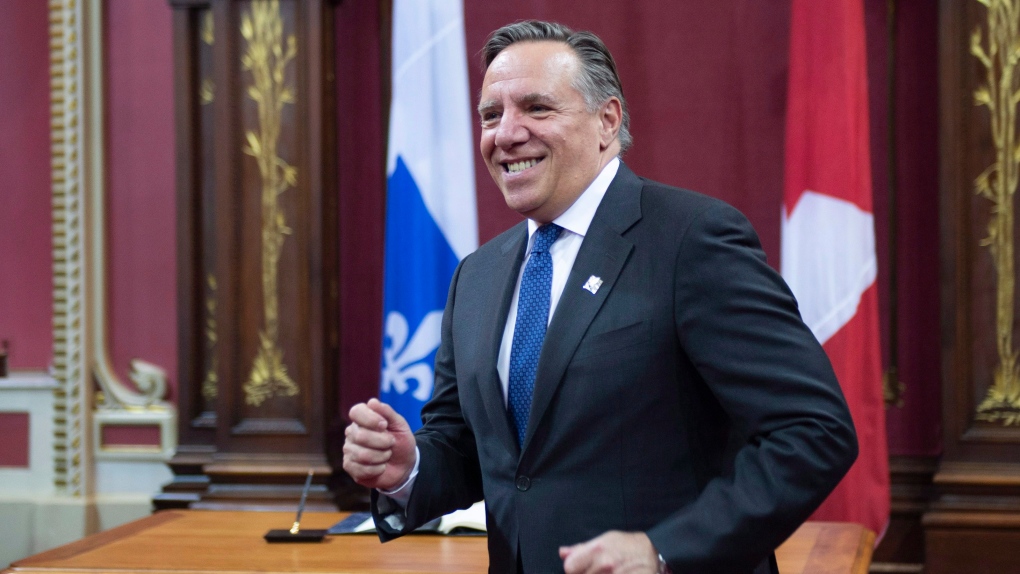 Quebec Premier designate Francois Legault walks to his wife after he was sworn in as member of the National Assembly Tuesday, October 16, 2018 at the legislature in Quebec City. THE CANADIAN PRESS/Jacques Boissinot

LOS ANGELES -- On a trip to Hollywood, Premier François Legault pledged on Monday better financial support for the Quebec film industry in 2020.

He also said he was convinced that the number of foreign films made in Quebec would grow in the coming years, thanks to tax incentives.

Foreign producers have the potential to spend "hundreds of millions" of dollars in Quebec, he said.

Legault told reporters he was confident in such investments after meeting with studio executives in Hollywood.

The government wants to support Quebec films and series and support foreign productions shot in Quebec.

Earlier on Monday, he said that announcements would be made in the coming months to 'improve' the state's support for the production of Quebec films and series.