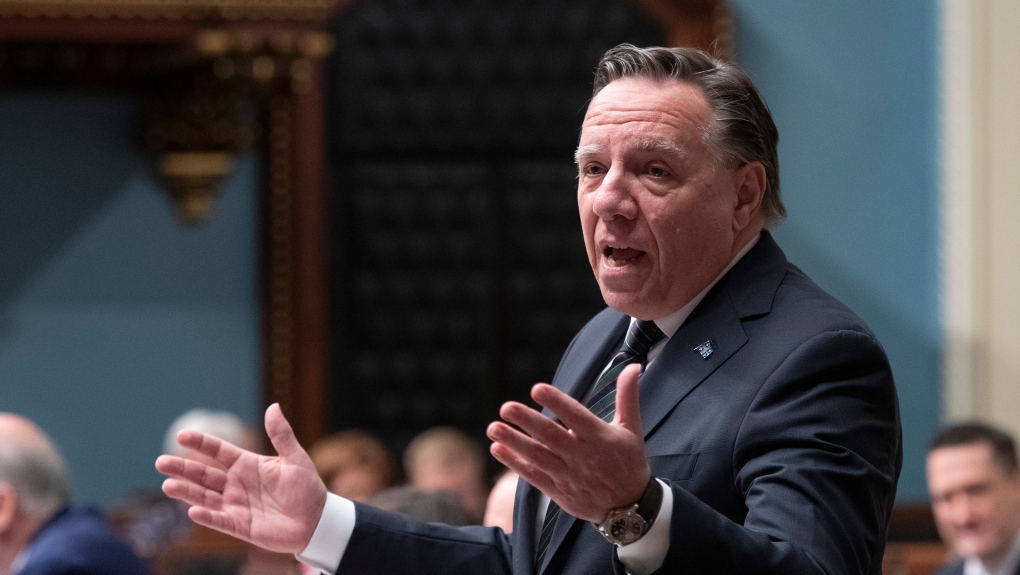 Quebec Premier Francois Legault responds to the Opposition during question period, Tuesday, May 31, 2022 at the legislature in Quebec City. THE CANADIAN PRESS/Jacques Boissinot

Quebec opposition parties are accusing Premier François Legault of trying to "buy" the next election with a promise to send Quebecers a cheque if re-elected.

Legault vowed Tuesday to send Quebecers another payment to counter the rising cost of living, but only if the Coalition Avenir Québec (CAQ) is re-elected on Oct. 3.

In the spring budget, the CAQ offered $500 payments to Quebecers to offset inflation.

In a press briefing on Wednesday morning, Parti Québécois (PQ) MNA Pascal Bérubé said he had never seen such payment during his 25 years in politics.

"Vote CAQ, receive later. It's appalling," he said. "Are we trying to buy Quebecers? We cannot say to Quebecers who are suffering: 'We know that you are suffering, but we will have to elect ourselves to have access to money.' It's not right."

By promising another cheque after the election, the CAQ is "completely" buying votes, according to Liberal (PLQ) MNA Marc Tanguay.

"[Beyond the payment], let him tell us about his strategy, which is non-existent, for the shortage of housing, childcare places, access to a family doctor," said Tanguay. "If the inflation crisis lasts two or three years, what will François Legault do? Send cheques every three months? It just doesn't hold up, it's a total lack of vision."

On the contrary, Treasury Board President Sonia LeBel, who is also a member of the CAQ, applauded the cheques.

"It's taking note of a situation that is real and offering [solutions]," she said. "We gave $500, which had been calculated on the basis of being able to meet the basket of services for a certain period of time. It is clear that if the trend continues, we will have to act again."

- This report by The Canadian Press was first published in French on June 1, 2022.