Legault heading to Hollywood to talk cinema and Carbon Exchange 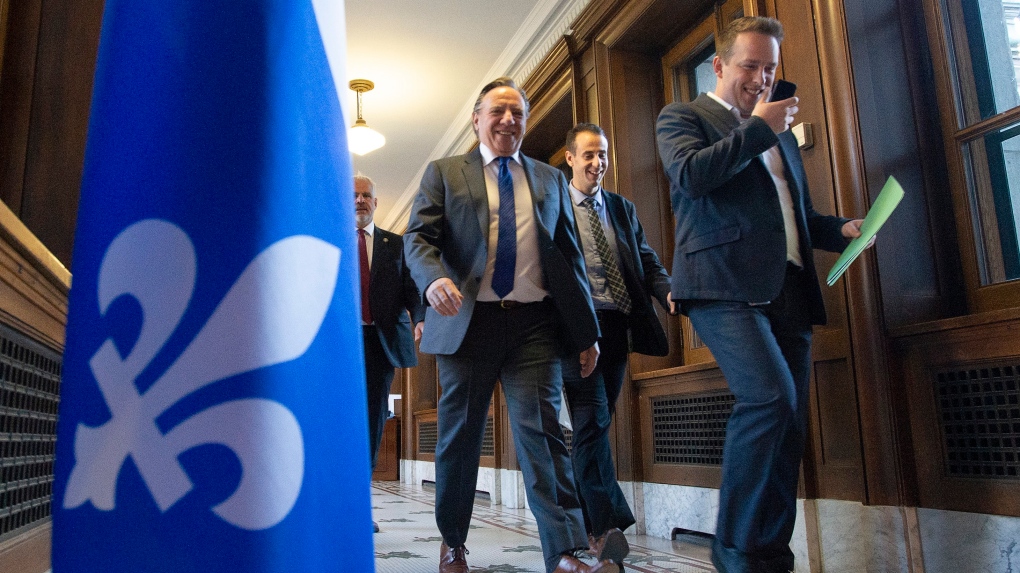 LOS ANGELES -- After a stormy end to the parliamentary session, Quebec Premier Francois Legault will change gears and head to the sunny west coast state of California in the coming days hoping to make a move in Hollywood and Silicon Valley and discuss the Carbon Exchange.

Legault's mission begins Sunday and will continue until Wednesday as he travels to Sacramento to meet with state governor Gavin Newsom to discuss the murky future of the carbon market.

The partnership between Quebec and California in 2013 on the carbon market is threatened by the administration of President Donald Trump, who launched a lawsuit in October against the west coast state.

According to the US federal government, which seeks to invalidate this agreement, California cannot enter into such a partnership with Quebec on its own, which defies the foreign policy of the country.

The State of California is of the opinion that the Western Climate Initiative (WCI) agreement fully respects the US Constitution.

The courts will have to decide.

The WCI is an initiative created in 2007 to establish collaboration between US states and Canadian provinces on greenhouse gas (GHG) reduction.

In this regard, Legault has reaffirmed in the past his support for the Carbon Exchange, as opposed to a tax, adding that Quebec could go it alone if California ever had to withdraw from the equation.

The Carbon Exchange seeks to regulate the greenhouse gas emissions of large companies. It is a cap-and-trade system for GHG emissions produced by these companies.

The latter can exchange unused emission rights with each other.

The Legault mission to Los Angeles, San Francisco and Sacramento is primarily an exploration of potential new markets for Quebec companies. So do not expect spectacular ads. In the legendary Silicon Valley, he will meet business people, renowned for their focus on innovation and investment in research, and to see the possibilities of networking with Quebec.

In Hollywood, the premier will promote Quebec's film industry, touting local expertise, particularly in the production of special effects.

The last time a premier went to California was when former-premier Jean Charest travelled there in October 2009.

California is the most populous state in the United States and Quebec has a delegation in Los Angeles, as well as an office in Silicon Valley.