Legault calls possibility of a carbon-neutral Quebec in 2050 'ambitious' 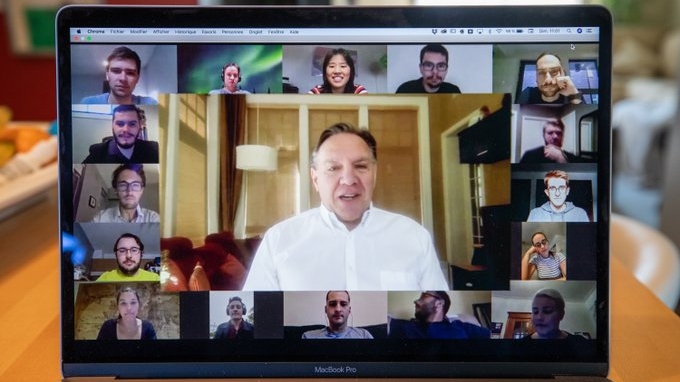 QUEBEC CITY -- Is a carbon-neutral Quebec in 2050 a realistic objective?

It is a question the Coalition Avenir Québec (CAQ) youth wing believes can be answered in the affirmative.

The wing pressured the Legault government Sunday on its commitment to go in this direction.

On the subject of environmental protection and the fight against climate change, Legault said that Quebec had a huge challenge ahead of it, aware that it was an issue that involved the "survival of our planet."

The government is due to announce its plans soon on the matter.

The key to reducing greenhouse gases (GHGs) will be through the accelerated electrification of transport, said Legault.

The next generation of CAQ faithful held a two-day virtual convention, which ended Sunday morning with a speech by the party leader, Legault, and a question and answer exchange with a few young people.

In isolation at his home for the next week, after receiving a negative result for a COVID-19 test, the premier used Zoom to address the next generation of his party.

As the number of positive COVID-19 cases multiplies, Legault admitted that Quebec was "not out of the woods."

He asked young CAQ members to help him "convince the skeptics," especially the young people who oppose the health measures in force.

Asked about his intentions on the linguistic file, he reaffirmed that his government was preparing for an overhaul of Bill 101, which will focus on the protection of French in the workplace.