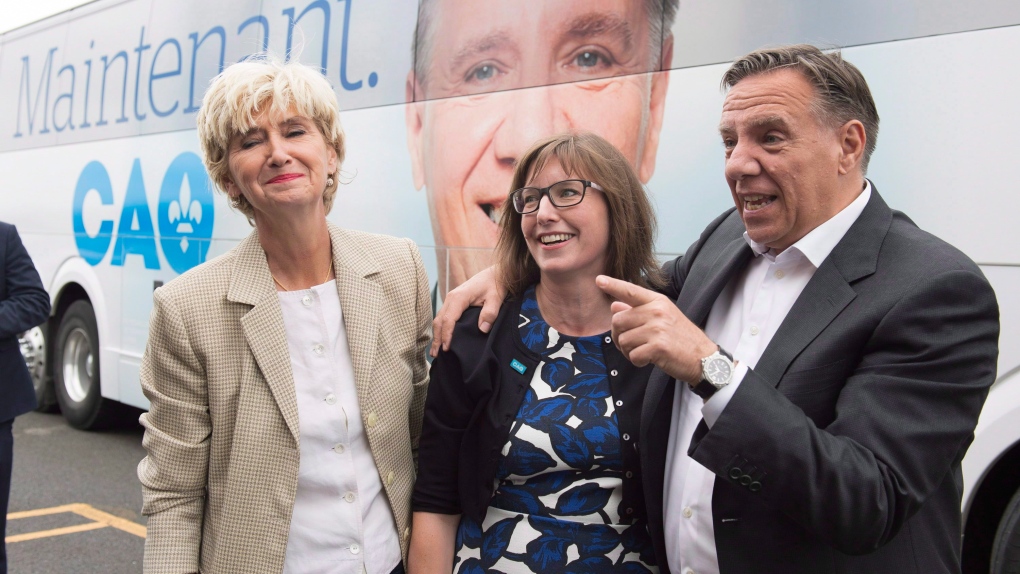 François Legault has reiterated his confidence in his MNA and candidate in Côte-du-Sud, Marie-Eve Proulx, despite a new psychological harassment complaint filed against her.

A former political assistant of Proulx has filed a complaint to the Administrative Labour Tribunal (ATT), according to information reported Tuesday by the Quebecor media investigation office. The alleged facts occurred after the deputy resigned from her position as minister, following several allegations of harassment.

The premier believes his MNA's version of the events in the new file.

"When I spoke with Marie-Eve Proulx, she told me that this person has no reason to have filed a complaint," said Legault, when questioned on the subject when unveiling the CAQ candidate in Laval-des-Rapides, Céline Haytayan.

The CAQ leader noted that the former political employee had already filed a complaint with the National Assembly and that it was judged unfounded.

"It is the word of one against the word of the other. I trust Marie-Eve Proulx, who did not have any problems with this person. Now, we will wait for the court's decision," said Legault, mentioning that he has a zero tolerance for harassment.

This is the second time the former minister has been the subject of a complaint to the tribunal. The case was concluded with an out-of-court settlement in August 2021, which has remained confidential.

Asked again Tuesday afternoon about the number of chances Proulx is entitled to, Legault said: "we can't take action against someone who has only had allegations. So we'll let the court make its decision. I trust the court."

He repeated his position at a press conference on the South Shore of Montreal to introduce Christine Fréchette, candidate in Sanguinet, riding of the current Higher Education Minister Danielle McCann.

Liberal leader Dominique Anglade feels her CAQ opponent is minimizing the seriousness of the charges by keeping Proulx in his team for the Oct. 3 elections.

"We are in 2022. This kind of behaviour has no place," she said at a press conference on Tuesday.

"By accepting to have candidates like these, François Legault supports it, and it sends a very bad message to the population in general, but also to our youth," continued Anglade, who announced the candidacy of Tunu Napartuk in Ungava.

Proulx is seeking a second term under the CAQ banner. In 2018, she was elected with nearly 54 per cent of the vote.