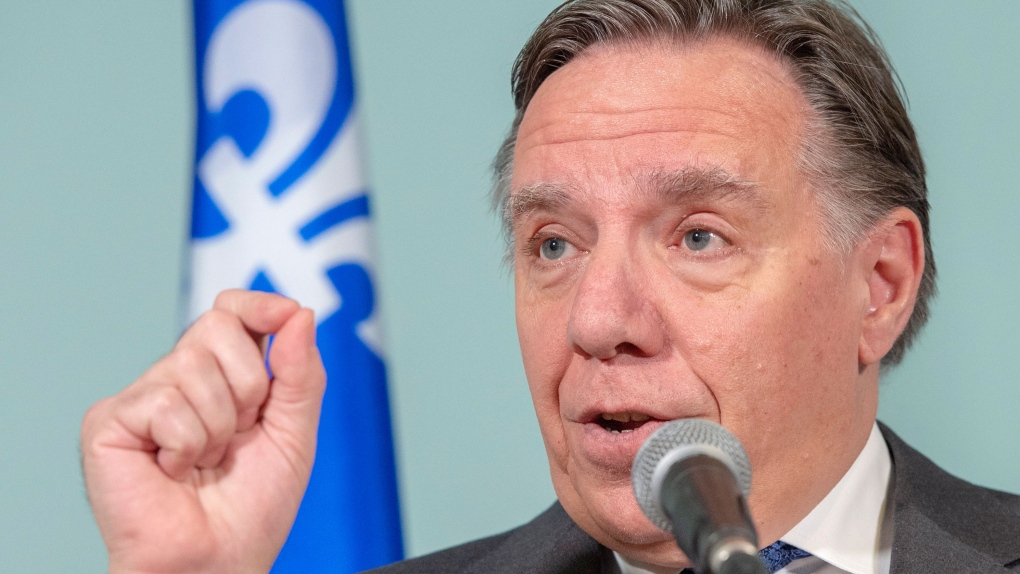 Quebec Premier Francois Legault speaks to the media at a news conference Thursday, January 10, 2019 in Montreal. THE CANADIAN PRESS/Ryan Remiorz

The Quebec government is telling members of the National Assembly they cannot use their discretionary budgets to support events that promote federalism or sovereignty.

Premier Francois Legault said Wednesday it should be up to the federal government rather than the province to support events that promote Canada.

It is still unclear what kind of events will become ineligible for financial aid. Legault said legislature members could still fund Canada Day celebrations in their communities.

Legislature members have discretionary budgets they can use to financially support local and volunteer-led activities and initiatives.

Junior Education Minister Isabelle Charest is in charge of the program and says the premier wanted to clarify the rules in order to ensure taxpayer dollars are used in a neutral way.

She says Fete nationale celebrations would not be affected by the new rules because the June 24 event, also known as St-Jean-Baptiste Day, promotes Quebec and not sovereignty.

He said he is asking legislature members to use their judgment in deciding whether an event is promoting federalism of sovereignty.