MONTREAL -- Around 50 or 60 protesters in Montreal joined the chorus of protests across the globe, demanding Lebanese leaders be held accountable for their actions.

After the major explosion in Beirut's port that caused the death of at least 177 people and over 6,500 injuries, protests have called attention to the country's leadership.

The United Diaspora in Montreal (Meghterbin Mjtemiin Montreal) held a demonstration in front of the Lebanese Consulate in Montreal, joining those in Paris, Berlin, London and other cities.

According to a news release, organizers claim leaders acted irresponsibly in storing the chemicals that led to the explosion in addition to widespread repression and arbitrary arrests following the tragedy.

"We will continue our efforts until they are removed from power and brought to justice," the release reads. "Several Lebanese officials are among them. One of the most notorious is Nabih Berri, the Speaker of Parliament, whose special guards do not hesitate to fire live ammunition at demonstrators who survived the Beirut explosion."

Lebanese Prime Minister Hassan Diab and his cabinet resigned on Monday, in the wake of the explosion, but that did little to appease tensions, as the Lebanese population is calling for the entire regime to be removed, including President Michel Aoun, and for Canada and the international community to put pressure on the government to call for an early election. 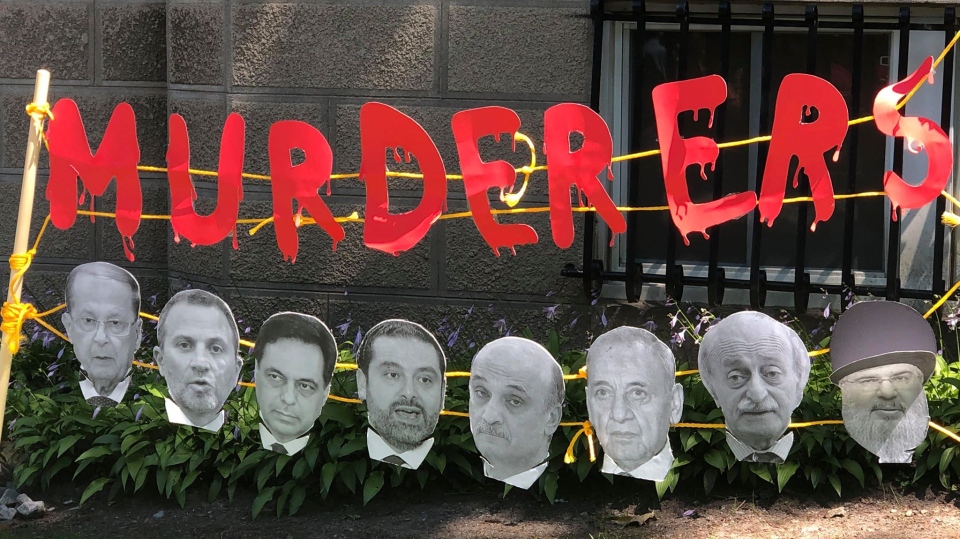 The 50-60 protestors Sunday in Montreal are calling on the Government of Canada to condemn the Lebanese regime, expel its diplomats in the country, and lend greater support to the Lebanese victims and their families.