MONTREAL -- Laval police (SPL) has arrested a suspect in Montreal in connection with a shooting in Laval that left two men injured outside a bar. 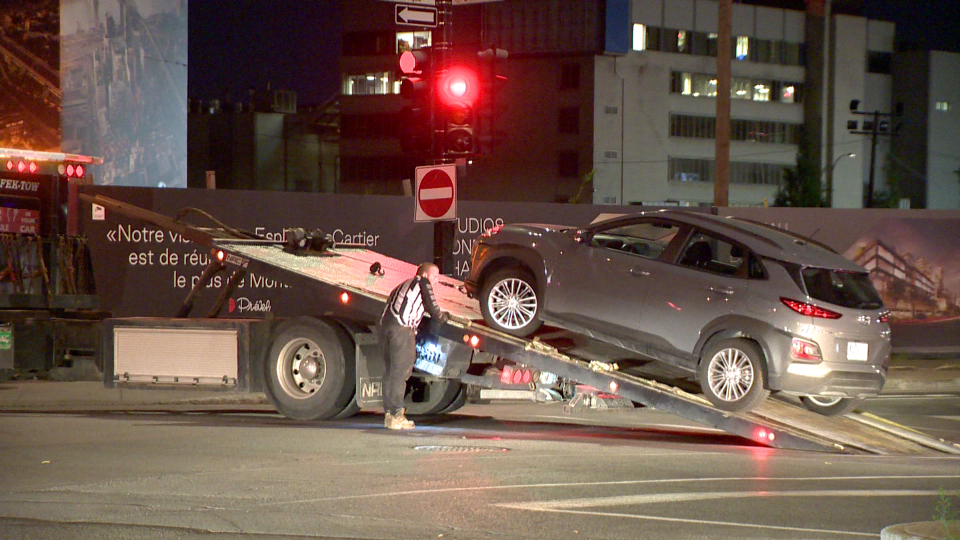 A suspect's vehicle was seized in Montreal after he was arrested in relation to a shooting in Laval on Sept. 1, 2021. (Cosmo Santamaria/CTV News)

The arrest is in connection with a shooting outside the Cello resto-lounge on Curé-Labelle Boulevard in the Chomedey neighbourhood.

Laval police were called to the scene at 3 a.m., locating a 20-year-old man who had been shot in the lower body.

He is expected to recover.

Another victim, a man in his late-20s, was also sent to hospital with a gunshot wound in the lower body around an hour-and-a-half later.

"He's going to be out of the hospital soon," said SPL spokesperson Stephanie Beshara.

Both men are known to police.

Laval police says more information on charges against the suspect will be disclosed shortly.