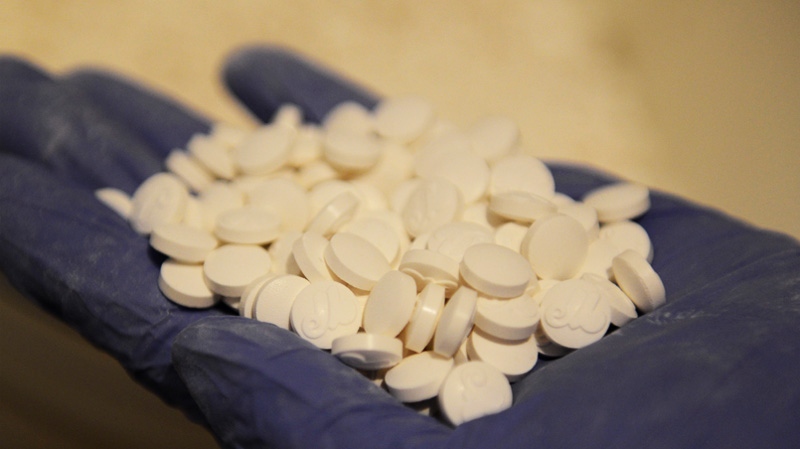 Laval police issued this photo of some of the drugs seized Tuesday.

MONTREAL - A network of alleged drug dealers with ties to biker gangs and the Mafia was targeted in a series of raids Tuesday that led to 42 arrests in Laval, Montreal and a dozen other municipalities the North Shore and Laurentians.

Police seized over 667,000 tablets of synthetic drugs in three dozen raids and also bagged 100 kilos of methamphetamine, four ounces of cocaine as well as steroids, marijuana and nine firearms.

The forces initially aimed to arrest 24 people but that number expanded when they found others on the scene.

Two of the original 24 are still sought by police.

The defendants will be arraigned on charges of conspiracy, trafficking and drug manufacturing and possibly gangstersism in a video conference call Wednesday.