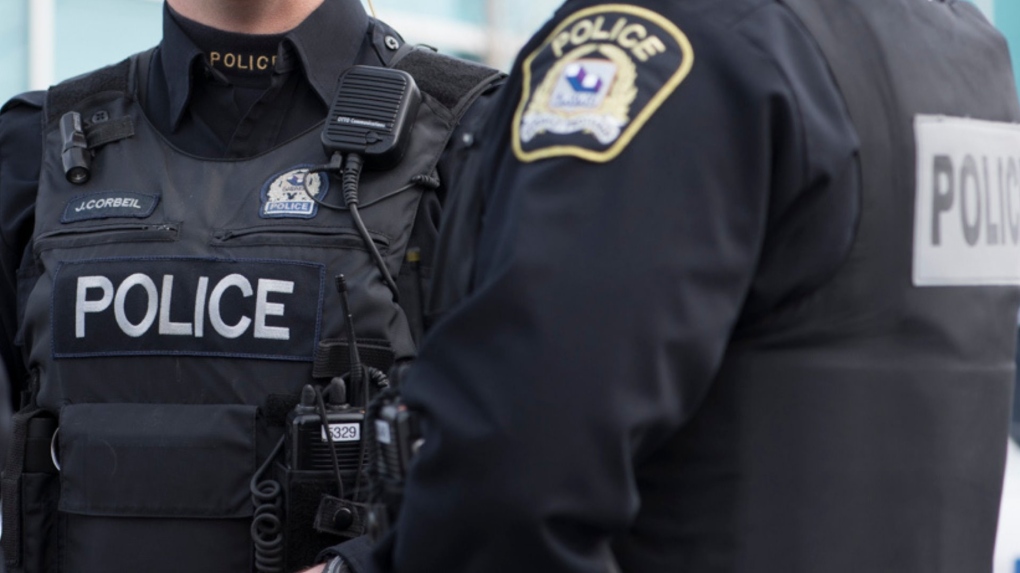 MONTREAL -- A 42-year-old man from Laval, Que. has been arrested after allegedly posting threats against health-care workers administering COVID-19 vaccines.

On Tuesday, Radio-Canada reported the man appeared to be a follower of a Canadian contingency of the QAnon conspiracy theory led in part by a B.C. woman named Romana Didulo. She was reportedly detained temporarily Thursday by the RCMP's national security team, INSET, but was not charged.

In videos posted on YouTube, Didulo claims to be queen and commander-in-chief of Canada, a role she alleges she was given by the United States military after Queen Elizabeth was executed.

She also has more than 70,000 subscribers on the Telegram messaging application, according to police.

In a private Telegram chat room, the Laval man shared a press release for a vaccination program at his daughter's school, Radio-Canada reported.

Along with the release, he reportedly wrote, "It's time to go hunting bang bang."

Laval police said in a press release on Friday that they took the man's remarks "seriously and immediately opened a case."

On Dec. 2, he was arrested and met with investigators before being released, with conditions, on a promise to appear in court at a later date.

Police did not identify the man since he has not been formally charged.

Anyone with information concerning threats of this nature is asked to contact police confidentially by calling the Info Line at 450-662-INFO (4636) or by dialing 911 and mentioning the file number LVL 211126-085.