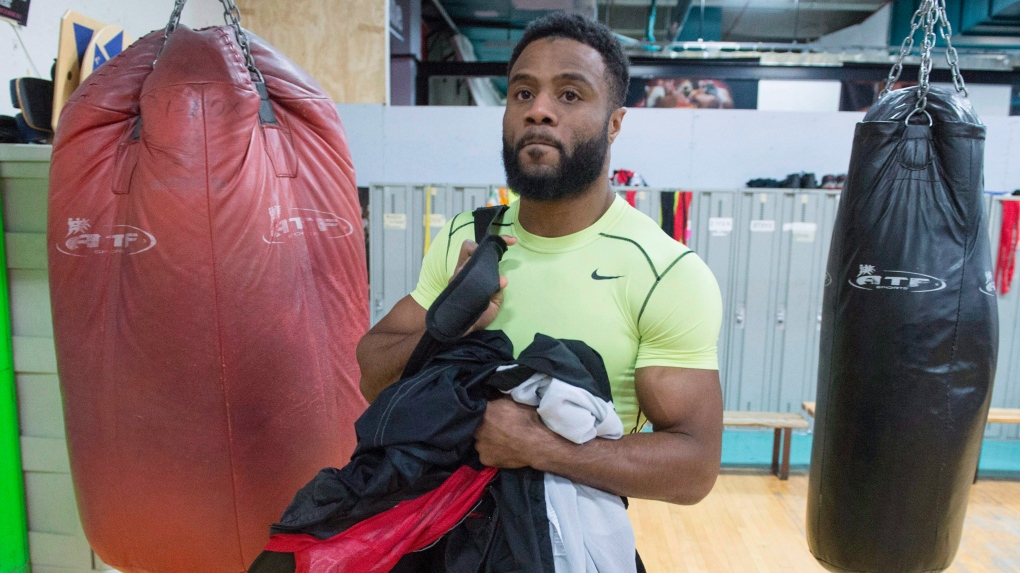 Former world light heavyweight champion Jean Pascal gets ready for his workout, Monday, December 4, 2017 in Montreal.Pascal will fight Ahmed Elbiali in Miami in what may be the last bout of his career.THE CANADIAN PRESS/Ryan Remiorz

Montreal light heavyweight boxer Jean Pascal was arrested for failing to provide a sample to police after he was pulled over for allegedly drunk driving.

Montreal police (SPVM) reported that a 40-year-old man was pulled over for possible impaired driving around 3:35 a.m. on Ste. Catherine and Metcalfe streets in the city's downtown core.

Reports on Friday said it was Pascal who was pulled over though police would not confirm his identity though they confirmed the details of the arrest without naming the boxer.

Pascal later posted a clarification on Twitter, saying he was pulled over for failing to provide a sample.

"I met my lawyer Me. Sophie Beauvais recommends that I make no comment because of a possible legal process," he said. "Thank you for respecting my position."

The SPVM said he was released on scene and given a promise to appear in court.

Pascal was born in Port-au-Prince, Haiti, before moving with his mother to Laval, Que. when he was four.

He made his professional debut as a boxer in 2005 and won the NABO super-middleweight title in 2006.