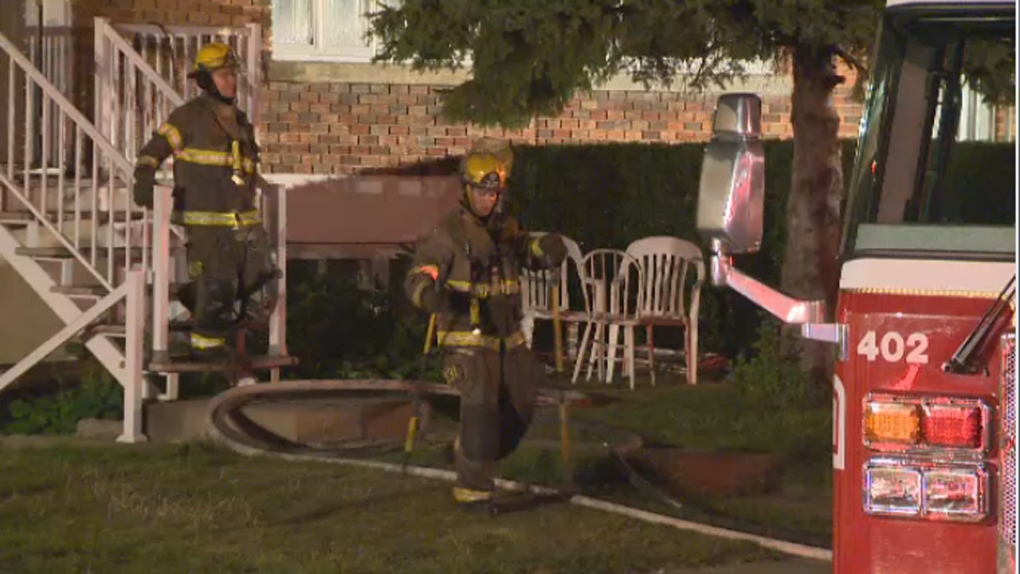 A kitchen fire has caused $300,000 in damage to a Laval apartment building.

The fire began innocently enough Tuesday evening in an apartment at 1675 Hebert St., in the Chomedey neighbourhood, after a pan filled with oil was left unattended on a stove.

The oil caught fire and by 7:44 p.m. the flames had spread to the structure of the building, eventually burning through the roof of the two-storey building.

27 firefighters and eight fire trucks rushed to the fire, eventually extinguishing the flames but not before three people were hurt: two residents burned their hands and suffered smoke inhalation, while a firefighter succumbed to heat stroke.

All were treated in hospital and have since been released.

Emergency crews evacuated 12 people from the building and it's not known when they will be able to return home.