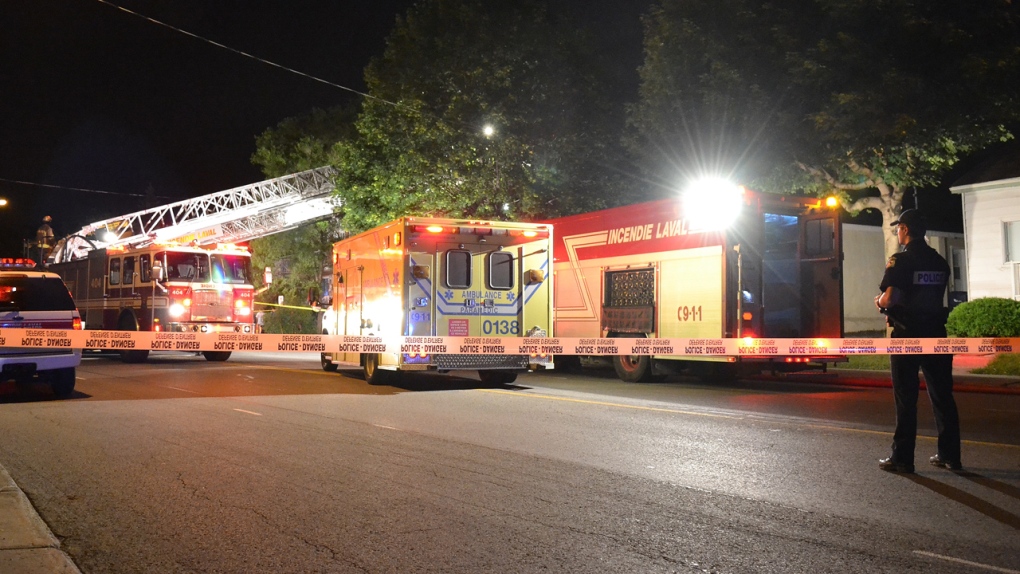 A three-week-old infant was taken to hospital overnight after a fire broke out in a Laval home.

When firefighters arrived they evacuated three people from the building and and worked to put out the flames. The fire was under control, but not extinguished, within 20 minutes.

The infant was taken to hospital as a precaution and treated for inhaling smoke.

The fire was contained to the apartment where it began, and firefighters say it caused $80,000 in damage to the building's structure, with another $30,000 worth of furniture destroyed or damaged.

The cause of the fire is unknown.

The fire department initially described the building as having several apartments, but later confirmed it was a single family home with three residents.