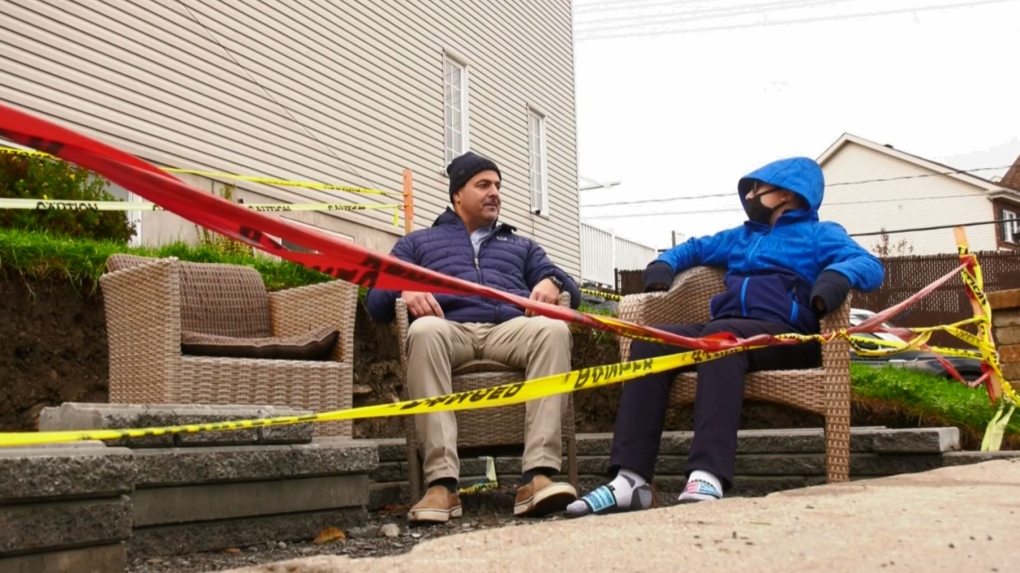 Fawzi Yazigy and Ronia Bitar are sitting on chairs in front of their home to prevent work to built a bus shelter there.

MONTREAL -- A Laval couple is staging a sit-in in front of their home to protect the lawn from becoming a bus shelter.

Fawzi Yazigy and Ronia Bitar’s home sits on a corner lot with a city bus stop on it. The STL, Laval’s transit authority, has decided the stop requires a bus shelter.

“[Workers] came in at 6:45 a.m. We saw them. I came outside with my wife, we sat here we had our coffee and we told them we’re not moving,” said Yazigy.

The ordeal began in August, when Bitar came home to find construction workers digging a hole.

Bitar said she was in “shock.”

“I couldn’t understand what was happening. I thought they must have made a mistake,” she said.

In a statement, the STL said the bus shelter is located on municipal land only. It says in April 2020, a letter was sent to nearby residents, but the couple said it never received one.

“Nothing in the mail, not a phone call, not even a sticker on the door, nothing of the sort,” said Bitar.

“We still don’t have anything in writing why they (made) the decision,” he said.

The STL says work was stopped in August after the homeowners filed complaints, but in early September, the transit authority decided to pursue construction.

“I’m willing to stay here until the evening every day until they quit,” said Yazigy. “Until they end up taking the decision not to continue with the construction.”