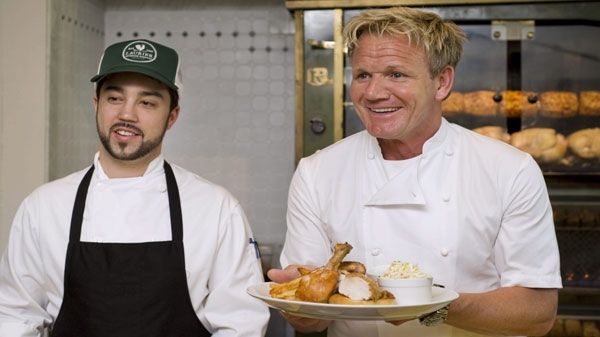 MONTREAL - Laurier Gordon Ramsay is back in business after a sprinkler mishap forced the eatery to close Wednesday, postponing what was supposed to be the restaurant's splashy launch.

The restaurant - long previously known as Laurier BBQ -  has announced that all will be functioning as normal as of 5 p.m. Thursday.

Around 250 people getting their first taste of the cuisine at the official grand opening of Laurier Gordon Ramsay on Wednesday night had their dining experience ruined by a fire alarm that forced the evacuation of the restaurant.

"We were waiting at the bar, just trying to wait out the waiting list, it was about a two-hour wait," one diner said. "The alarm started going off, they cleared us out, tons of firemen came in, so we just waited."

But they never got back in.

Closed for the night

The restaurant was forced to close for the night after the sprinkler system malfunctioned and a pipe burst.

"Everybody was fine, everybody was laughing and everybody was eating," said part owner Marie-Christine Couture. "They'll come back for chicken, and you're more than welcome to come back. We're just going to fix it and then it 's going to be fine."

Damage caused by the water was limited to the kitchen and several table toward the rear of the restaurant.

The celebrity chef Ramsay was not on hand for the official opening Wednesday, having left Montreal for London after attending an invitation-only event at the restaurant one night earlier.

The restaurant has asked customers to call between to confirm their reservations.