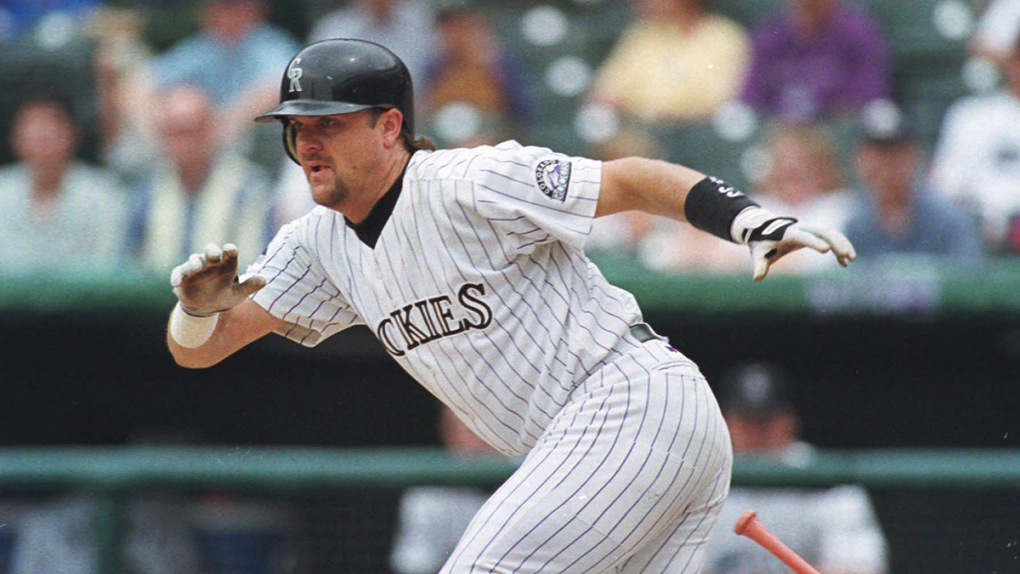 Colorado Rockies' Larry Walker breaks from the batter's box after laying down a bunt single on a pitch from Cincinnati Reds' Mike Remlinger in the fifth inning of the Rockies' 6-4 victory in game one of a day-night doubleheader in Denver's Coors Field on July 23, 1998. (AP, David Zalubowski)

NEW YORK -- Larry Walker's Hall of Fame plaque in Cooperstown will have a Colorado Rockies cap, not a Montreal Expos hat.

Walker spoke with Hall officials after he was elected Tuesday in his 10th and final appearance on the Baseball Writers' Association of America ballot.

Born in Maple Ridge, British Columbia, Walker made his big league debut with the Expos in August 1989 and signed with the Rockies ahead of the 1995 season. He was traded to St. Louis in August 2004 and retired after the 2005 season.

"It's a hard decision, being a Canadian," Walker said.

He added the key to picking the Rockies is that Colorado was "where the majority of my damage was done."

The Hall makes the final decision after consulting with the player.

This report by The Associated Press was first published Jan. 22, 2020.