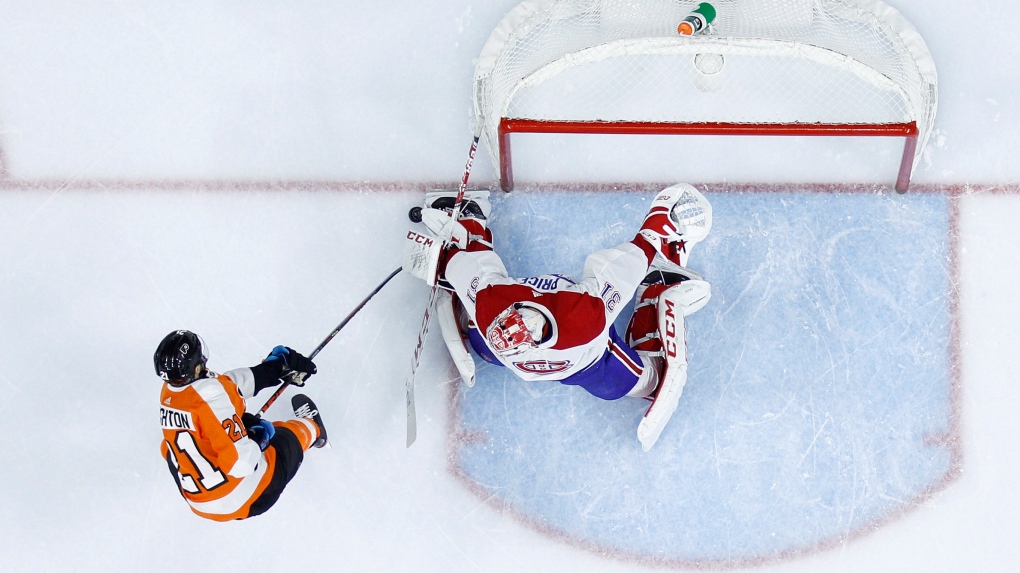 PHILADELPHIA -- Ilya Kovalchuk scored twice and Carey Price recorded 40 saves as the Montreal Canadiens avoided a season series sweep with a 4-1 win over the Philadelphia Flyers on Thursday night.

Tomas Tatar scored his 17th goal of the season and Artturi Lehkonen added his 11th for the Canadiens, who find themselves six points behind Philadelphia for the second wild-card spot in the Eastern Conference.

Joel Farabee broke a 17-game scoreless drought with his fourth goal of the season to give the Flyers a brief lead in the first period. Alex Lyon recorded 36 saves in his first NHL action since starting goaltender Carter Hart was injured earlier in the week.

Kovalchuk, who has three goals and seven assists since signing with Montreal on Jan. 3, broke a 1-1 tie on the power play just two minutes into the second period when he took a deflected Shea Weber shot from the point and slammed it into the open left side of the net.

Just 11 seconds later, Lehkonen tipped a pass into the slot from Phillip Danault between Lyon's pads. Kovalchuk added the final score midway through the third period with a wrist shot.

That's all that Price needed as he controlled the Flyers offence by refusing deep rebounds in front. The veteran netminder recorded his third straight win, stopping 112 out of 114 shots during that stretch.