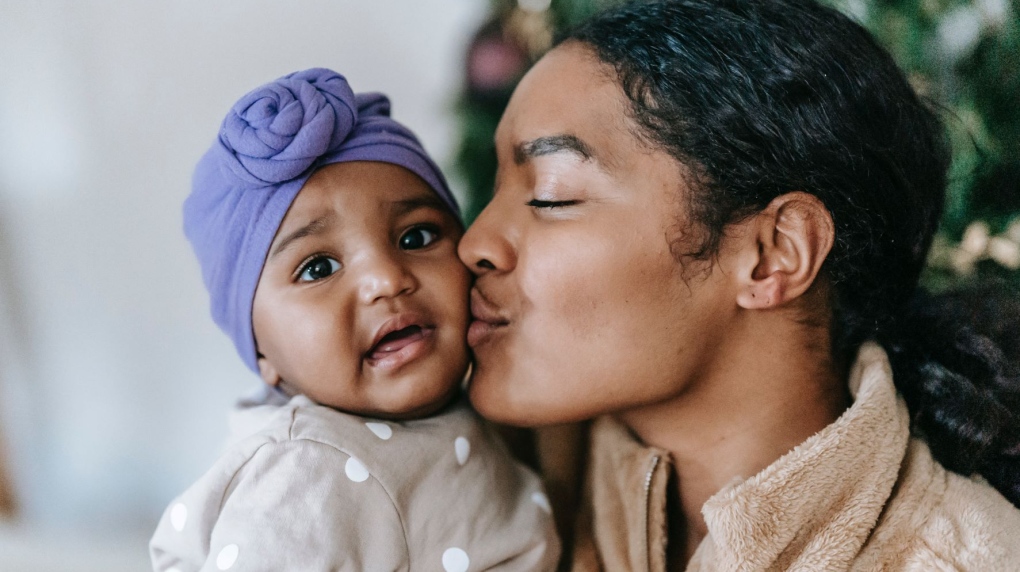 New research shows that for babies and toddlers, interactions specifically involving saliva exchange serve as a cue about social attachments and who they can count on. (Source: Pexels)

When two people share a kiss or one offers the other a bite of a bagel (during non-pandemic times) there’s likely not too much thought given to the fact that they’re swapping saliva.

After all, smooching and snack sharing are everyday, intimate behaviours that occur in nuclear families and close relationships.

However, new research shows that for babies and toddlers, interactions specifically involving saliva exchange serve as a cue about social attachments and who they can count on.

Young children expect people who share saliva to have close, distinctive relationships and “to respond to one another in distress,” according to a study published Thursday in the journal Science.

The findings suggest that babies can use these cues to try to figure out early in life who around them is most likely to offer help, and which relationships are close, the researchers said in a news release.

“People have hypothesized that infants may be able to do something like this for a really long time,” said first author Ashley J. Thomas, a postdoctoral fellow at the Massachusetts Institute of Technology (MIT) in the brain and cognitive sciences department.

“How babies possibly learn about something as complex as the social world is a really old question that anthropologists have actually been asking,” Johnson said in a phone interview with CTV News, as she discussed the findings, which are novel in the field of developmental psychology.

The researchers studied the reactions of more than 150 young children, mostly in the United States, who took part in several experiments to see “if they do infer that two individuals who share saliva are likely to be in a thick relationship."

“‘Thick,’ in this case refers to a relationship that features high levels of attachment, for example, the types of intimate connections that lead to people kissing, sharing food and utensils, and, as a result, saliva.

To answer their questions, the researchers observed toddlers and babies as they watched human actors and furry puppets interact via video chat.

In one set of experiments, the small children watched one puppet eat from the same orange slice as one actor, and play ball with a second actor.

Then, the puppet sat between the two people and showed signs of distress.

Based on earlier studies involving monkeys, the researchers theorized the babies would first look at the person whom they expected would help the distressed puppet, because in the monkey study, when the baby monkey cried, other members of the troop looked to the baby’s mother as if expecting her to respond.

Another set of experiments focused more specifically on saliva and involved an actor placing a finger into her mouth and then into the mouth of a puppet, or placing her finger on her forehead and then on the forehead of the puppet.

When the actor, this time standing between two puppets expressed distress, the children were again more likely to look toward the puppet that had engaged in saliva sharing.

The researchers suggest “young humans” may make use of the saliva-swapping behaviours they observe to help them understand the concept of a family structure.

But Thomas doesn’t want anyone to conclude that someone who has a “thin” relationship with a child, such as a daycare educator, is any less capable of taking care of them.

“The idea is that basically both of those types of relationships, the ones that are friendly and cooperative, that don't involve these long and enduring attachments, and the ones that do, are both really important for humans,” she said.

However, if you can distinguish one from the other, she summed up, then you know what to expect.

A 10-year-old boy in a classroom just down the hallway from the room where a gunman killed 19 children and two teachers in Uvalde, Texas on Tuesday said the experience of hiding during the shooting was 'terrifying.'

Former Canadian gymnast Abby Pearson Spadafora said on Thursday she had suffered years of abuse at the hands of Olympic coach Dave Brubaker and his wife Elizabeth and called for an independent investigation of the sport.

Four decades after the Swedish pop supergroup last performed live, audiences can once again see ABBA onstage in an innovative digital concert where past and future collide.

A massive Russian plane that was grounded at Toronto Pearson International Airport back in February is racking up a substantial parking bill.

Twitter shareholders have filed a lawsuit accusing Elon Musk of engaged in 'unlawful conduct' aimed at sowing doubt about his bid to buy the social media company.