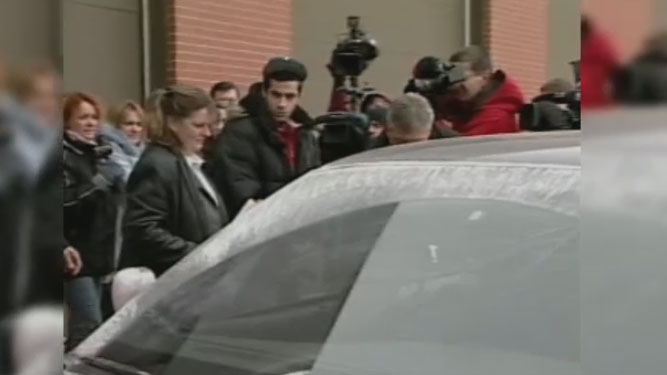 One of the men convicted of killing gas station clerk Brigitte Serre has died in prison.

Tommy Gagne was found unconscious in his cell at the La Macaza prison, about 130 kilometres northwest of St. Jerome, last Friday.

He was initially taken to the Riviere Rouge Hospital. He was then transported to Sacre Coeur Hospital where he was pronounced dead Tuesday at 12:45 a.m.

Gagne, 28, was serving a life sentence after pleading guilty to second-degree murder, forcible confinement and armed robbery seven years ago.

Serre was 17 when she was stabbed to death during an armed robbery while working at a St-Leonard Shell gas station in January 2006. It was her first shift on the job.

A second man, Sebastien Simon, is serving a life sentence for first-degree murder.

A third man served 18 months in the community for his role in the robbery.

In a news release, the Correctional Service Canada says that in line with its protocol, it “will review the circumstances of the incident.”

The police and coroner have also been notified.