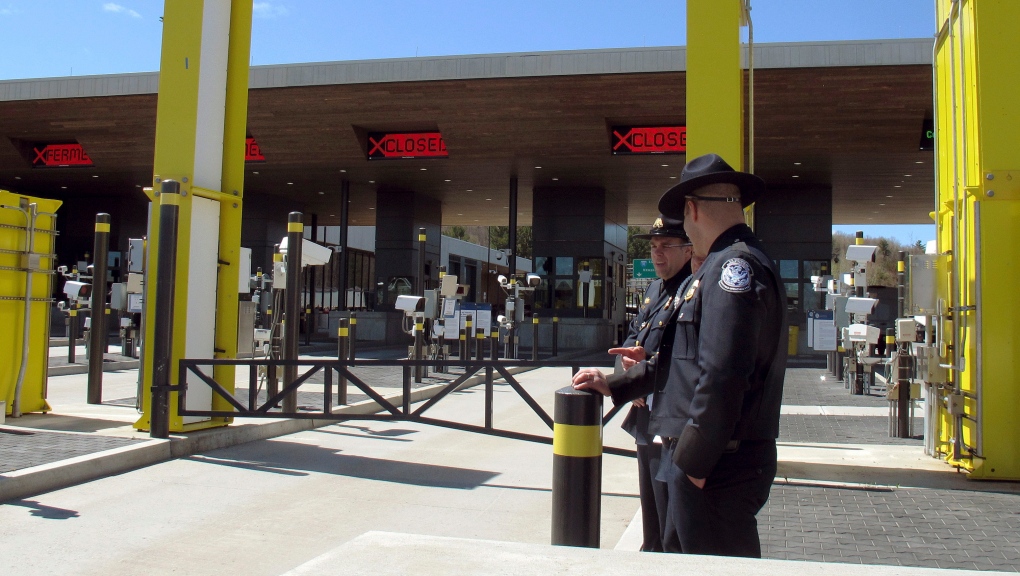 U.S. Customs and Border Protection officials stand at the new border crossing facility on the U.S.-Canadian border in Derby Line, Vt. Court documents say federal agents seized almost 370 pounds (166.6 kilos) of cocaine that was hidden in a truck that was preparing to enter Canada at the Derby Line border crossing on Dec. 7. (AP Photo/Wilson Ring, File)

"The first thought was, no, not him," said Simon. "He could not have knowingly done this."

According to a court document reported by the Associate Press, US federal agents seized almost 166.6 kilos (370 pounds) of cocaine that was hidden in a truck preparing to enter Canada at Vermont's Derby Line border crossing Dec. 7.

The cocaine, packed in 142 brick-shaped packages, was found by agents of U.S. Customs and Border Protection with the help of a drug-sniffing dog in a hidden compartment, said an affidavit filed in the case.

The compartment had been discovered empty by agents when entering the United States from Canada two days earlier at the Alexandria Bay, New York, port of entry, the court document said.

Nelson, a Kanesatake community member, was driving a Quebec-registered truck and trailer and charged in federal court in Plattsburgh, New York, with possession with intent to distribute cocaine.

Nelson is being held pending a hearing next week.

Simon said Nelson had recently begun working for the trucking company and believes he was set up.

"It wasn't easily found, so it seems to me that it was a complex piece of work that they did to hide this," said Simon. "There's no way Jason would have done that. No way."

The truck was first searched in Alexandria Bay when a drug inspection dog detected residual odours of narcotics. Officers then discovered an empty, custom-made compartment in the front of the truck, the document said.

Nelson told officers he was headed to Tremont, Pennsylvania and that the truck was carrying furniture.

Just before 1:30 a.m. on Dec. 7 Nelson and his truck arrived at the Derby Line Port of Entry as it was preparing to enter Canada. Nelson told agents the truck was empty.

In Vermont another drug-sniffing dog indicated the presence of narcotics. A further search by border agents discovered the bricks. A random sampling of the packages field-tested positive for cocaine, the document said.

The MCK Grand Chief said he's known Nelson for years and that he's an upstanding part of the community.

With reporting from the Associated Press.