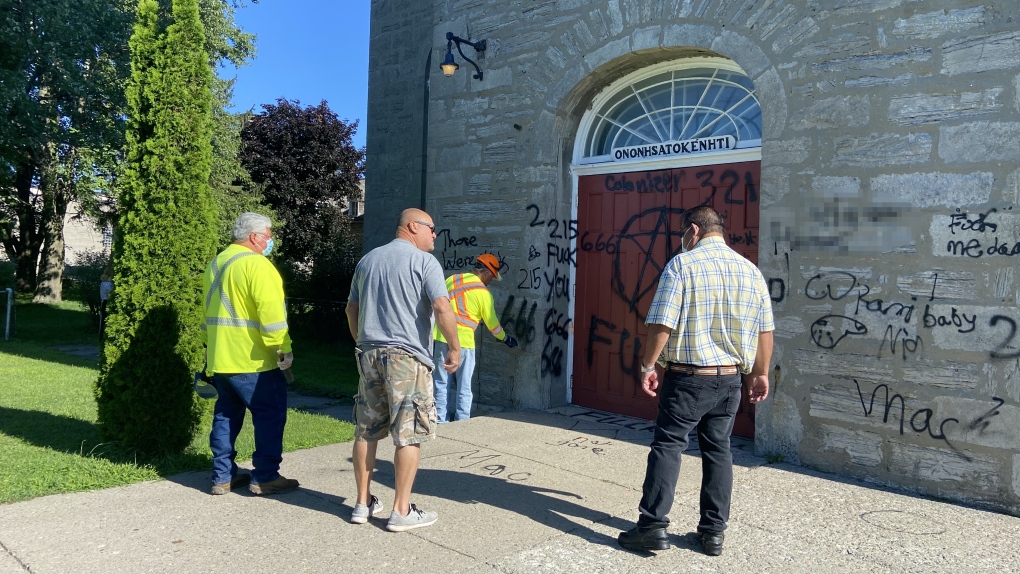 Kahnawake's St. Francis Xavier Mission Catholic Church was vandalized with graffiti on the night of July 27, 2021. (Photo courtesy of The Eastern Door/Marisela Amador)

MONTREAL -- A Catholic church in Kahnawake was vandalized last week.

According to The Eastern Door, the graffiti was found on the morning of July 28. Swear words and anti-Catholic symbols were drawn onto the doors of St. Francis Xavier Mission Catholic Church in black spray paint.

A member of the Kahnawake Peacekeepers declined to comment when reached by CTV News but a spokesperson told The Eastern Door that there were two separate incidents where the vandalism was reported on the night of July 27.

Calls from CTV News to the church were not answered on Tuesday evening.

In May, members of the community had placed children's shoes in front of the building to memorialize victims of Canada's residential school systems, many of which were run by the Catholic church.