Robert Feldman almost got away with murdering his wife and if weren't for the persistence of her family and some untiring police work, he probably could have, says the victim's longtime friend.

Jan Goldenberg arrived home in Montreal Thursday night from Denver, fresh off the emotional rollercoaster of a trial for the man accused in the killing of one of her best friends, Stacy Feldman. A jury found Robert guilty of first-degree murder Tuesday in the 2015 killing of his wife of 10 years.

The pair lived in Denver, but were married in Montreal, where Robert grew up for part of his youth and where members of his family still live.

Stacy's body was found in their south Denver home on March 1, 2015. Robert called 911 reporting his wife was unresponsive in the shower, but the jurors were told that Stacy confronted her husband about his affair with another woman hours before her death, The Denver Post reported.

Two different doctors ruled the cause of her death as undetermined, but an outside expert in strangulation, Dr. William Smock, concluded she died of "strangulation or suffocation" — a key piece of evidence that is believed to have led to the conviction.

Goldenberg said in an interview with CTV News there was no way she could miss the trial after the killing of her friend — a woman she described as "the most nurturing, warm, loving human being." 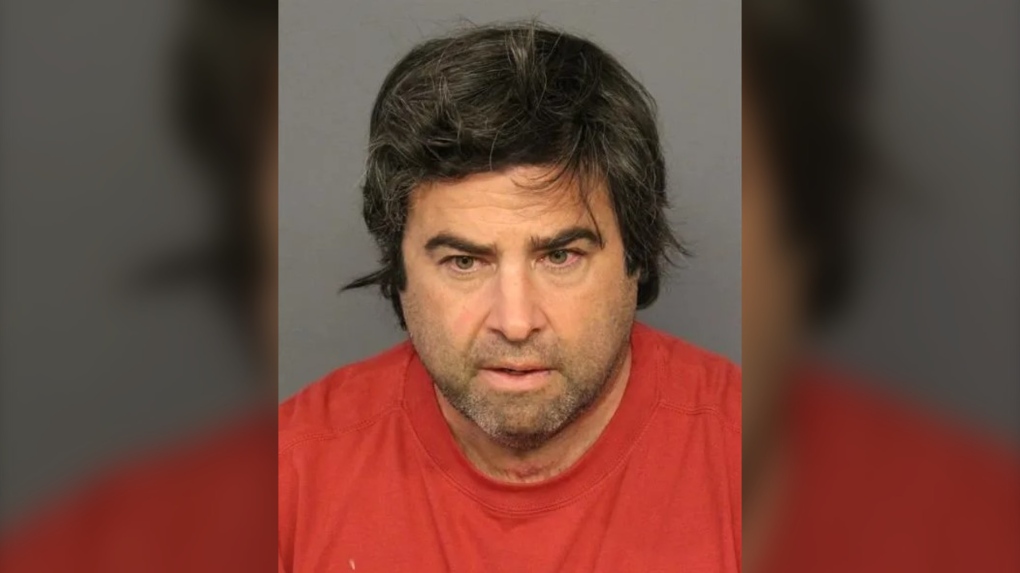 Robert W. Feldman was found guilty of first-degree murder in the 2015 death of his wife. Feldman has family ties to Montreal, according to media reports. (Photo: Denver District Attorney’s Office)

After moving to Chicago in the mid-1990s, Goldenberg was first introduced to Stacy through another friend. She said they clicked instantly.

"I could tell you that from that moment on, we were inseparable. Stacy was the most incredible ray of sunshine with her huge blue eyes, white blond hair. She had a smile on her face all the time, the life of the party, she was probably the funniest person I've ever met. And we were just inseparable our entire journey in Chicago," Goldenberg said.

Even though they parted ways — Goldenberg moved back to Montreal, Stacy to Boston — they kept in touch and saw each other almost once a month.

Stacy met Robert a few years later and they moved to Denver. In 2005, they tied the knot in Montreal and celebrated with friends and family at the Ritz-Carlton.

"It was beautiful," she said of the wedding, adding that Stacy was "excited" to start a new chapter and to eventually start a family because "she was born to be a mother." The couple had two kids, Sydney and Charlie.

Goldenberg said it was "surreal" to get a frantic phone call from her mother 10 years later that Stacy was dead.

Police, however, wouldn't arrest Robert until nearly three years later, on Feb. 13, 2018. Up until that point, Stacy's family had been pushing for more answers, questioning Robert's alibi and asking how her death was not ruled a homicide.

While he was out on bail pending his trial, Feldman's grandmother died at her home in Montreal on Dec. 30, 2018, according to a report by NBC News. Feldman's lawyer filed an emergency motion to allow him to travel to Canada to attend her funeral, but the judge denied his request.

'SEVEN YEARS OF PAIN AND FEAR'

The seven-year-old fight for justice came to an abrupt end on Tuesday, when a jury handed down a verdict after deliberating for only two hours.

Goldenberg ran back to the Denver courthouse with Stacy's family where "you could hear a pin drop" waiting for the verdict to be read, she said.

"We were given strict instructions to be quiet and [show] no emotion, but it was seven years of pain and fear, and hurt. And you can't imagine that feeling when, finally, like we said, she could rest in peace now," she said.

"The jurors were crying and reaching their hands out to us. And they were so emotional. One of the jurors even said, 'If I knew Stacy, I could see I would be best friends with her. She resonated with me.' And they were so invested. It was an unbelievable experience."

Following his conviction, the Denver District Attorney, Beth McCann, said in a written statement that Robert was found guilty "despite his creative efforts to evade justice."

McCann also thanked the jurors for their service, adding that she was "extremely proud of the outstanding work by our prosecutors, investigators, victim advocates, support staff, and the Denver police detectives who never gave up on securing justice for Stacy."

Robert was immediately sentenced on Tuesday to life in prison with no chance of parole.

Later that night, Goldenberg joined Stacy's family in raising a glass in her honour at a rooftop bar in Denver, all of them "relieved and grateful" for the outcome they were hoping for.

Back home in Montreal, Goldenberg said she is still processing the verdict two days after it was delivered in that Denver courtroom, but said she and the family finally have some closure.

Stacy's two kids are getting support from her family and she believes they will be ok.

"All that matters is that they have the best possible future," she said, "and, yes, we're going to write a new chapter."