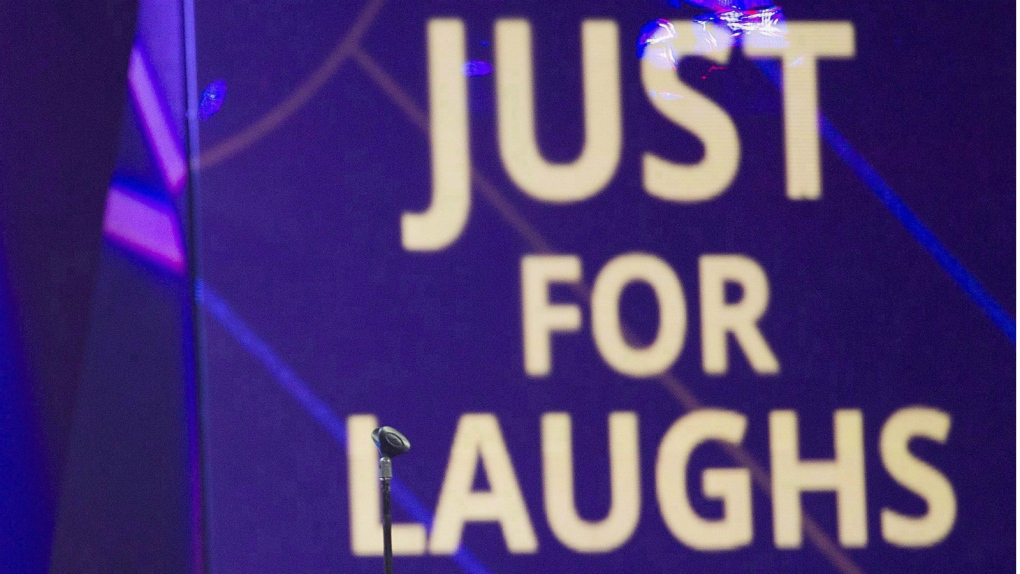 The logo for 'Just for Laughs' is seen at the P.K. Subban All-Star Comedy Gala at the Just for Laughs comedy festival in Montreal on Monday, August 1, 2016. THE CANADIAN PRESS/Graham Hughes

MONTREAL -- After an initial postponement and, later, a decision to move online due to the COVID-19 pandemic, Montreal’s Just For Laughs Festival has finally revealed the first few artists set to perform in October.

While the experience may not resemble the annual event on Montreal streets, organizers are confident their virtual adaptation will satisfy their audience.

A statement on Wednesday says the JFL crew worked tirelessly over the past few months to create an “inimitable comedy experience” that will combine several forms of programming, including live discussions and panels, all of which have been “designed specifically for online audiences.”

“As a leader in the global comedy industry, but also as a true digital comedy pioneer, we are very proud to offer this special edition in an optimized free edition format, enabling us to do what we do best, curating and creating the best of comedy, while making it more accessible than ever, to all fans across the globe,” said Charles Decarie, the president and CEO of the Just for Laughs Group. “We are truly able to deliver a Festival that lives up to Just for Laughs standards.”

Decarie says comedy lovers can take comfort in knowing Just for Laughs “will be back in a big way in 2021 with exciting plans for the comedy fans and industry who travel to join us every summer.”

Kevin Hart’s comedy brand Laugh Out Loud – specifically, its LOL X division – is Just for Laugh’s official programming partner this year. LOL X will have its own "comedy room" during the festival, specifically devoted to celebrating comedy by performers of colour.

“Our goal with the Just For Laughs Festival is to really engage with the global comedy community, and have some important discussions regarding big societal issues in a way that’s still entertaining, with comedic relief provided by some of today’s brightest comedy stars," said Bruce Hills, president of Just For Laughs. “I could not be more honoured that Kevin Hart’s LOL is our official programming partner..."

The festival, set to take place on Oct. 9-10, will be entirely free.