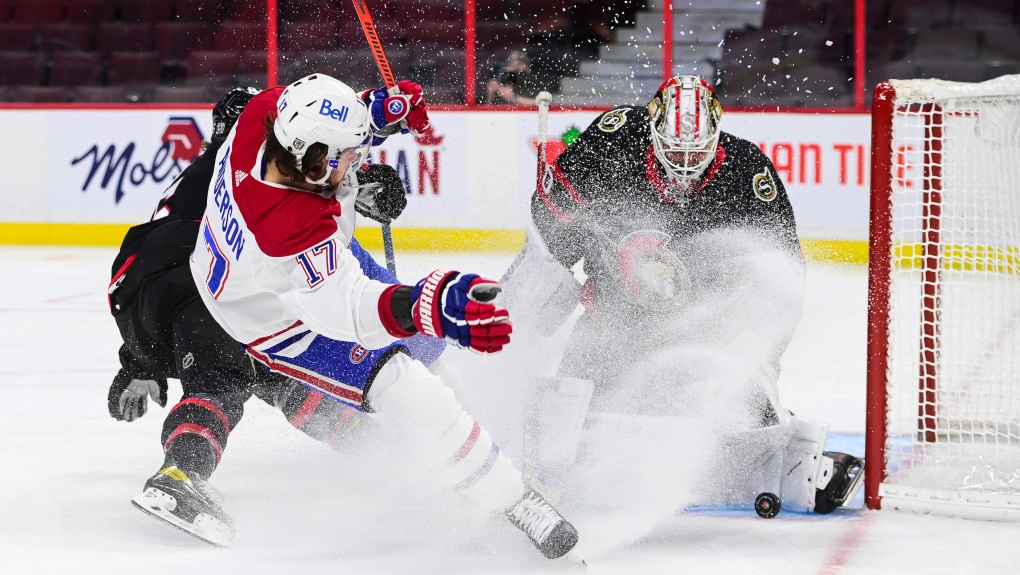 MONTREAL -- Forward Josh Anderson will most likely not be on the ice for the second straight meeting between the Montreal Canadiens and the Winnipeg Jets on Saturday night.

Anderson sustained a lower-body injury when he was struck by Jets defenseman Dylan DeMelo on Thursday in the Canadiens' eventual 6-3 loss.

Habs' interim head coach Dominique Ducharme said Anderson's condition continues to be assessed on a daily basis. He added that he was "unlikely" to play on Saturday night.

Jake Evans will be included in the roster if Anderson does not play. Evans was left out on Thursday.

In 18 games this season, Evans has scored two goals and an assist.

Ducharme states that Josh Anderson is doubtful for tonight's game in Winnipeg. Jake Evans should dress.#GoHabsGo

Head coach Paul Maurice will trust the same team that defeated the Canadiens on Thursday.