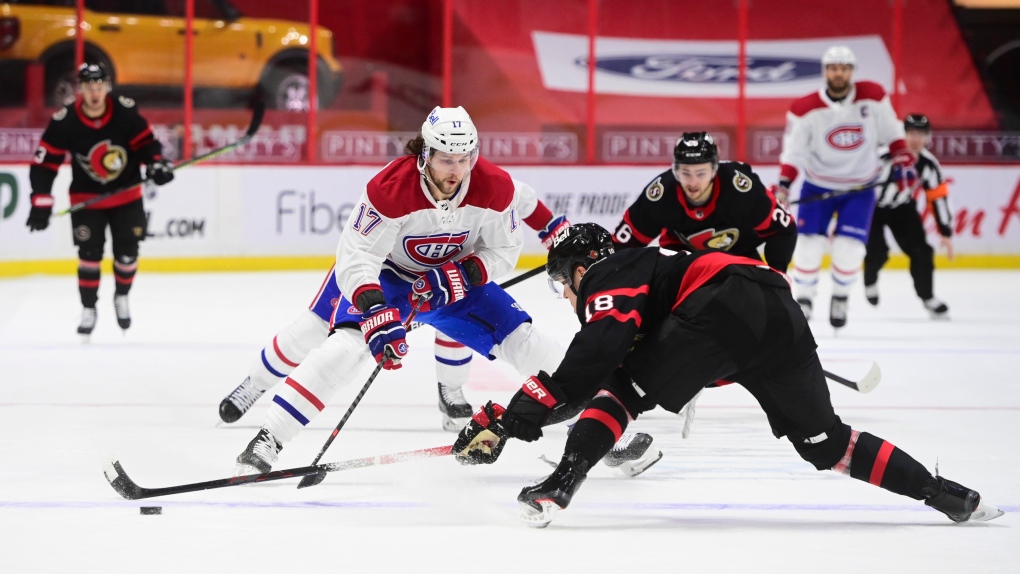 MONTREAL -- Forward Josh Anderson could make a comeback for the Montreal Canadiens on Saturday night against the Winnipeg Jets.

A decision will be made after warm-up.

"We had some positive signs this morning. We are still confident, but we cannot confirm yet," said interim head coach Dominique Ducharme when asked about Anderson's availability.

Anderson has missed the Habs' last three games with a lower-body injury suffered on Feb. 25 against the Jets.

If Anderson is able to play, Paul Byron or Artturi Lehkonen could be left out.

Anderson practiced on a line with Toffoli and Kotkaniemi this morning, but is not yet confirmed for tonight's game.#GoHabsGo pic.twitter.com/dg5y5Aq93S

Anderson is the Habs' second-leading scorer this season, with nine goals in 19 games.

If he does play, Anderson is expected to be on the line along with Jesperi Kotkaniemi and Tyler Toffoli.

Goalie Carey Price will be back in net for the Canadiens after giving way to Jake Allen on Thursday.

Price won in his last outing, helping the Habs defeat the Ottawa Senators 3-1 on Tuesday.

The Canadiens have lost six of their last seven games (1-2-4), including three duels against the Jets (0-1-2).

For their part, the Jets have won six of their last seven meetings.

-- this report by The Canadian Press was first published March 6, 2021.