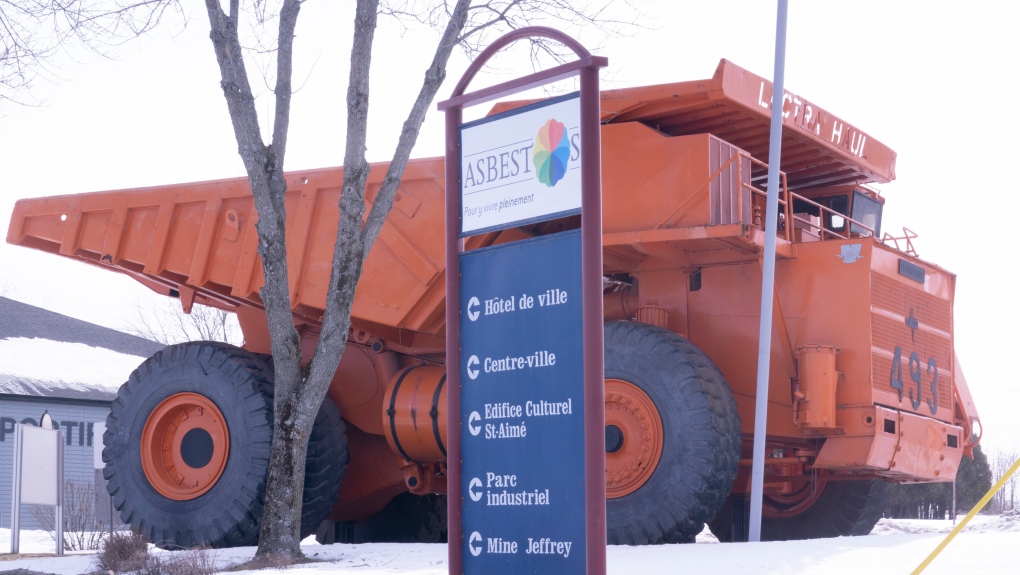 The town sign is seen in from of a mining truck in Asbestos, Que. on Wednesday, March 11, 2020. THE CANADIAN PRESS/Paul Chiasson

MONTREAL -- The town of Asbestos, in Quebec's Eastern Townships, unveiled a second list of names that citizens will vote on in two weeks after having paused the name-change process due to negative reactions from residents to the four initial propositions.

Three completely new names were added to the list on Friday: L'Azur-des-Cantons, Larochelle and Val-des-Sources; and two names from the previous list remain: Phénix and Trois-Lacs.

The proposed name 'Jeffrey', the name of the first asbestos mine operator in the town, was criticized for being inconsistent with the name change approach, which aims to dissociate the town from its mining history. It has been altered to "Jeffrey-sur-le-Lac."

The name "Apalone" was removed from the list. The name refers to a turtle threatened by lake and river pollution that "has already been observed in the region."

The city council "quickly got back to the drawing board" and focus groups with citizens of various backgrounds and ages were organized in order to "take the pulse of the population on certain names," said Mayor Hugues Grimard in a news release.

The poll will be held on the dates initially scheduled, from Oct. 14 to 18, but it will ultimately be a "car vote" in order to "limit the risks of the (COVID-19) virus spreading as much as possible."

However, two days of in-person voting in the council chamber will be held for people without access to a vehicle.

The new name will be unveiled on Monday, Oct. 19 in the evening at a special city council meeting that will be broadcast live on Facebook.

It is not clear whether the town will broadcast the entire session, including citizens' questions and comments.

WHAT'S IN A NAME?

Azur-des-Cantons refers both to the blue colour of the mining well water and the fact that the municipality is "a jewel at the gateway to the Cantons-de-l ' Est (Eastern Townships)," according to the news release. 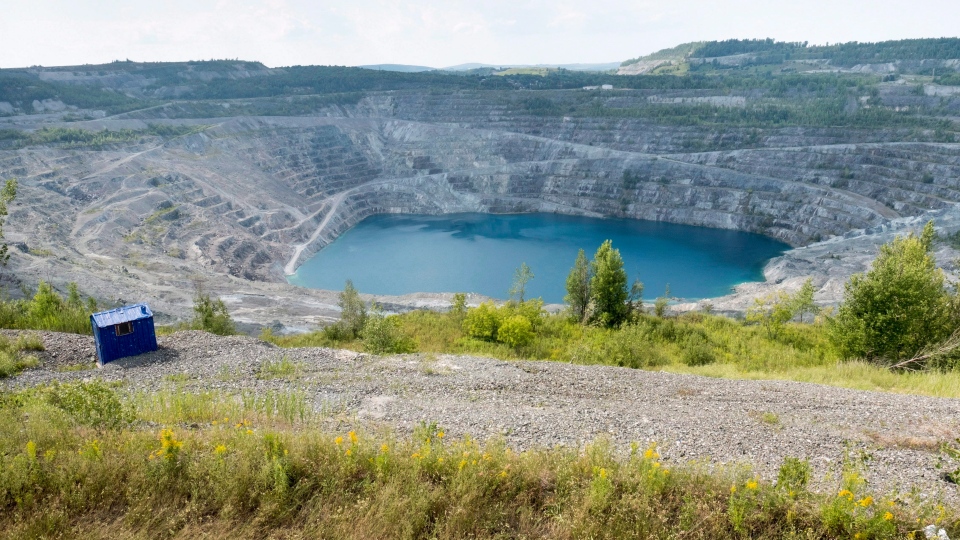 Larochelle is the original name of the Trois-Lacs region, and is also a city in southwestern France (spelled La Rochelle) .

Val-des-Sources represents "the fusion of our landscape and roots" or "the hilly horizon which draws its charm from different sources," reads the release.

Jeffrey-sur-le-Lac underlines the importance of the mine in the landscape and the history of the town and its evolution to become today an open-air lake "of a bewitching blue-turquoise colour."

Phénix refers to the mythical bird that regenerates itself from the ashes that appears in popular culture references often such as the X-Men, Harry Potter, D.H. Lawrence and other works.

Asbestos announced in November 2019 that it wanted to get rid of the negative connotation of its name which means asbestos in English. The Jeffrey mine closed in 2012.

The town of Asbestos helped make Canada one of the world leaders in asbestos exports. For decades, asbestos was used in the manufacture of many materials, but now it is now banned in many states around the world due to the risks it poses to human health.