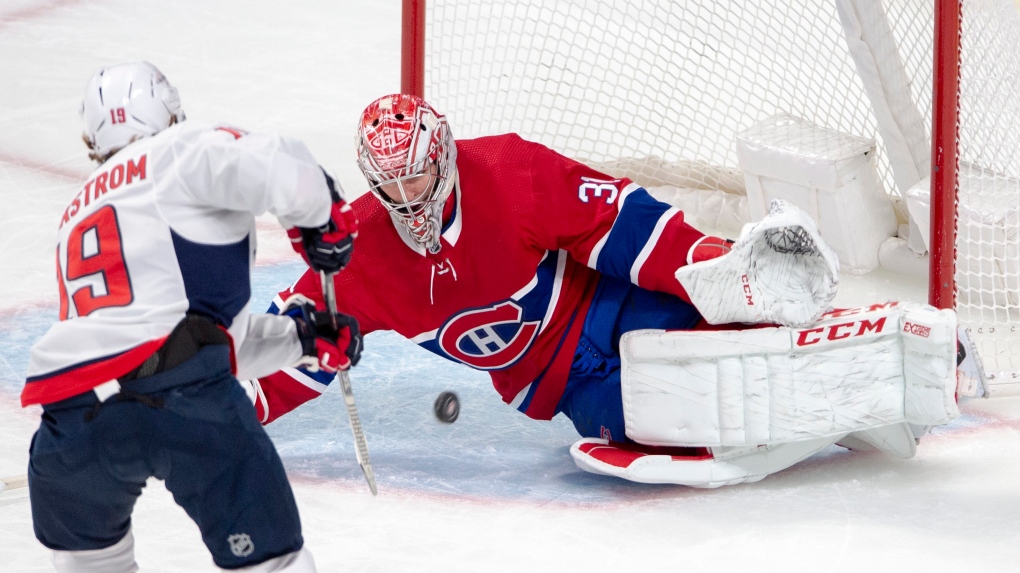 MONTREAL -- Jakub Vrana scored and added an assist as the conference-leading Washington Capitals extended their win streak to four games with a 4-2 victory over the Montreal Canadiens on Monday night.

Tom Wilson, Travis Boyd and Nicklas Backstrom, into the empty net, also scored for the Capitals (34-11-5), who were without Alex Ovechkin for the first time this season. T.J. Oshie had two assists.

Jeff Petry and Dale Weise scored for the Canadiens (22-22-7), who came into the game 10 points out of a playoff spot.

Braden Holtby made 31 saves and improved to 14-2-2 all-time versus Montreal. Carey Price stopped 37-of-40 shots in defeat.

Washington is 7-1-0 in the last eight games at Bell Centre.

The Capitals proved they are difficult to beat even without Ovechkin, who was serving a one-game suspension for missing last weekend's all-star game.

Washington has been struggling lately with the man advantage but the Capitals managed to score with Max Domi in the box. Trailing 1-0, Wilson beat Price short side, between pad and post, on a pass from Vrana behind the net at 18:30 to tie the game. Vrana extended his point streak to nine games.

The visitors took a 2-1 lead 2:03 into the second when Petry accidentally kicked a loose puck behind his own goal line. The last Capitals player to touch the puck was Boyd, who was credited with his third of the year.

A great play by Evgeny Kuznetsov make it 3-1 at 14:51. Kuznetsov stripped veteran Shea Weber of the puck in the corner and directed it into the slot while lying on the ice, which led to Vrana's five-hole goal.

The Canadiens fired 15 shots on net in the third period and felt they got one goal back when Joel Armia nearly scored, but Holtby narrowly snagged the puck off the line.

Weise did beat Holtby on the backhand a few minutes later, at 7:30, for his first goal of the season in his 500th career NHL game. But Holtby shut the door for the remainder of the game as Washington improved to 19-6-1 on the road.

Backstrom added the empty netter with 23 seconds on the clock.

An unconventional odd-man rush led to the game's first goal at 1:55 of the first. Tomas Tatar hit the breaks and held onto the puck on a 3-on-2, long enough for Petry to creep in behind the Washington defence. Tatar then fed Petry, who slid the puck under Holtby's outstretched right pad on the backhand.

Both teams were coming off their bye week and it showed in the first with numerous broken plays, offsides and icings.

This report by The Canadian Press was first published Jan. 27, 2020.