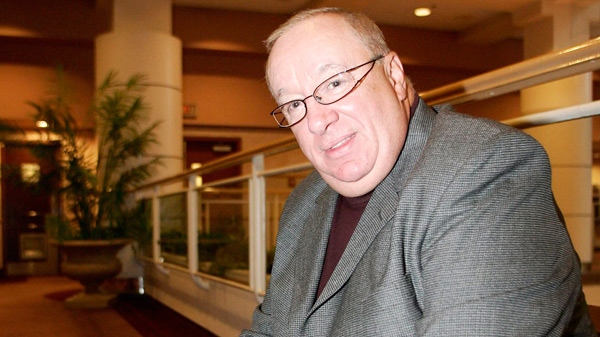 Former NHL coach Jacques Demers holds onto a pamphlet promoting family reading prior to taking park in a panel on literacy in Vancouver, Thursday, September 27, 2007. (Richard Lam / THE CANADIAN PRESS)

Jacques Demers, former-hockey-coach-turned-senator, is recovering in an Ottawa hospital after undergoing surgery.

Demers was suffering from a stomach ailment that kept him bed-ridden for a week, according to reports.

The 65-year-old is said to be in stable condition, but it's not clear how long he will remain hospitalized.

Demers was named to Senate last year by Prime Minister Stephen Harper. The longtime hockey man is a popular analyst on French-language TV and radio in Quebec.

He's known for having admitted to being functionally illiterate in 2005 and then becoming a vocal advocate for literacy.