'It demolished me': refugees forced to pay high tuition in Quebec often can't afford to study 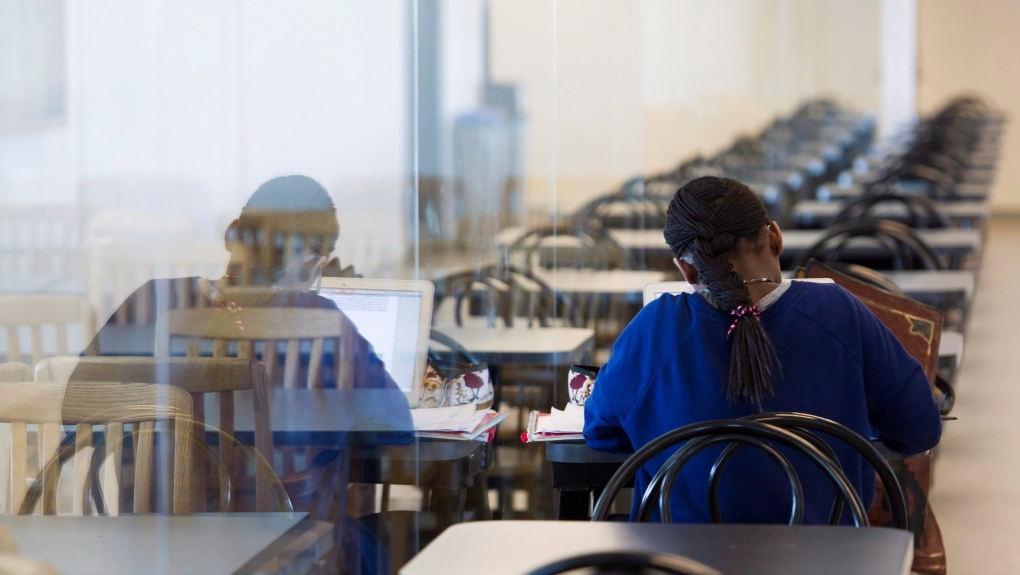 Post-secondary education can be an unattainable dream for young asylum seekers in Quebec. Considered international students, they must pay fees 27 to 40 times higher than residents to study.

Valentina Castellanos and Jorge Blas don't know each other, but they have a lot in common. They both arrived as asylum seekers in Quebec with their families as teenagers, but unlike many their teenage classmates, higher education felt out of reach.

“It was very frustrating to see all the doors close because of my status.”

Valentina arrived from Colombia as an asylum seeker at the age of 14 with her parents and two brothers in 2012. After graduating from high school in Quebec in 2016, she wanted to pursue a pre-university program at CEGEP, like many of her new friends in Canada.

But unlike many of her peers, she would need to shell out thousands of dollars per session to study.

“I was told that I had to pay more than $6,000 per session if I wanted to register,” said the young Saint-Hyacinthe resident, on the eve of her 23rd birthday. “It demolished me because I couldn't find that money.”

“I sought help everywhere … but it couldn't be helped. It was very frustrating to see all the doors closed because of my status.”

Instead, she took a job in a restaurant, then as a machinery operator. Then she had two kids. She says it was hard to watch her friends in her home country succeed in higher education while she felt shut out of schools in her new home.

“All my friends in Colombia were progressing in their studies and I couldn't help it.”

Victoria’s brother, who had accompanied her to Quebec, had to put aside his dreams of becoming an architect. Back home, he had already finished a semester in architecture, but couldn’t afford to continue his studies in Canada, according to Valentina.

The fee for full-time residents at Drummondville College is $235.84 per session. Asylum seekers, on the other hand, face fees ranging from $6,372 to $9,877 per session, depending on their program. Its not just in Valentina’s new hometown; its a similar picture across the province.

“There is no room to maneuver,” says Pierre Vigeant, director of student affairs and communications at Drummondville College. “The ministry's criteria must be applied, but it is a pity for asylum seekers.”

“We have empathy for asylum seekers who are going through this situation, because it is another difficulty that is added to everything they are already experiencing. But unfortunately, we have no autonomy on this,” said Geneviève Lapointe, director of communications at the Regional Admission Service of Metropolitan Montreal (SRAM), which encompasses 36 CEGEPs.

“Young people who cannot afford these fees must wait until they have confirmed refugee status in Canada before resuming their studies. It's unfortunate for them, but that's life,” she said.

In 2019, seven years after their arrival, Valentina Castellanos and her family were recognized as refugees. Three years after graduating from high school, Valentina started studying Crime Intervention Techniques at a local CEGEP.

“I'm in love with my curriculum, I finally feel like I have a purpose in life,” she said. “Even though I started college at the same time as my five-year-old younger sister, I am very happy.”

Unfortunately for her brother, the window of opportunity may have passed for now, she said. “When we got the residency, he was 26 and had to work to support his daughter, so he crossed out his dream of becoming an architect.”

The year before, with a high school diploma in hand, the Jorge Blas arrived in Quebec with his family from Mexico. Like Valentina, he couldn’t afford the “exorbitant costs” of post-secondary. Instead, the 18-year-old asylum seeker took work commercial housekeeping.

I wanted to enroll in policing techniques in CEGEP after my francisation (government-funded French classes), but after two and a half years of waiting for our immigration hearing, my plans have changed,” said Blas, now 21. “One day I want to be able to take plumbing training, get my skills certificate and open my own company.”

Jorge remains confident that he will be able to obtain his residency this year, with his immigration hearing scheduled for next April.

“Newcomer asylum seekers only have access to francization and free elementary and secondary education,” said Celena Meneses, professional development advisor at the career center in Saint-Hyacinthe.

“These young people are victims of forced migration and the system. Often they don't decide not by themselves to leave their country,” she said. “Many of them start to work and start their families when, in reality, they want to study and continue to prepare professionally.”

“If we have taken the decision to open our borders in order to be able to help our brothers and sisters who are living in difficult situations all over the world, we have the duty and the responsibility to welcome them and to work collectively to promote their integration,” said Dominic Martin, city councilor and general manager of the Regroupement interculturel Drummondville (RID), a member organization of the Table de concertation des bodies serving refugees and immigrants.

“It is really consultation that can make things happen. If we wait for the government to act, we will wait another 20 years,” he said.

“We must be proactive in these cases, [and] show the government that there is a problem, and that something can be done.”