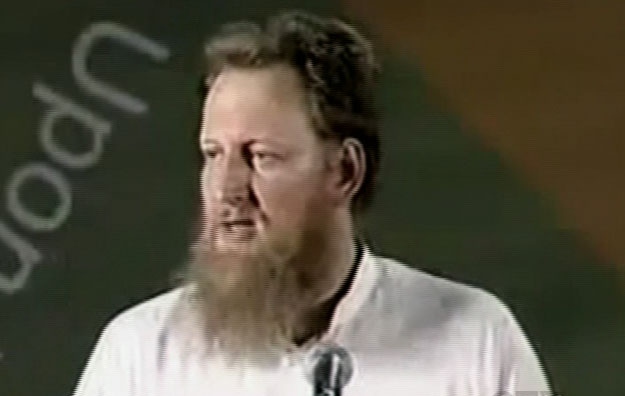 A planned speech by Abdurraheem Green of iERA has been cancelled by Concordia University.

MONTREAL - A speech from a controversial Islamic group scheduled to take place at Concordia University this Friday has been cancelled, and organizers are scrambling to find another venue.

The Concordia Muslim Students' Association had invited the British group Islamic Education and Research Academy, or iERA, to speak at the "Calling the World Back to Allah" conference Friday.

But after facing a firestorm of indignation and criticism, the students withdrew their invitation.

"Once we evaluated the benefit this could have on students and the potential media outcry from the controversy of the speakers we found that it wasn't in the best interest of the Association to hold such an event," said Musab Abu-Thuraia.

Officials from Concordia University say they had no role in the matter.

"It was cancelled by the student group which was considering bringing this speaker in," said Chris Mota, a spokesperson for the school.

Concerns were raised over statements the group's chairman, Abdurraheem Green, made about how men may treat their wives.

A Youtube clip shows him saying, "The husband is allowed - to prevent her from evil - to provide some type of physical force."

iERA said the comments were taken out of context and is surprised by the resistance to Green's visit.

"He's made it very clear that he is against the battery of women. This is something that is unacceptable and this is something at iERA that we advise - that every citizen whether Muslim or non-Muslim should act within the law," said Saleem Chagtai, iERA's head of communications.

Among those criticizing the iERA was Earl Pinchuk, president of a Jewish lesbian, gay and bisexual organization called Ga'ava.

"Our organization believes in freedom of speech, all the while considering that some statements are unacceptable and hazardous," said Pinchuk,

"We invite authorities to remain vigilant and attentive to the statements which will be made on our home soil during this conference. Canada is an international example of openness where hate speech has no place."

This is not the first time a controversial speaker has been denied the chance to speak at a Canadian university - right-wing TV pundit Ann Coulter's talk at the University of Ottawa was cancelled in 2010 for her comments about Muslims.

Montreal constitutional lawyer Julius Grey said he believes both Coulter and Green should have the right to speak.

"In order to protect freedom of speech you have to tolerate very unpopular very controversial speech," said Grey

Arab social activist Kinda Jayoush, however, believes the cancellation was the right move.

The iERA group is scheduled to give a speech at the Islamic Society of North America offices in Mississauga on Sunday, after the Sheraton Hotel in Toronto cancelled the booking.

UPDATE: On Friday the iERA confirmed its Montreal conference would take place at the Centre Communautaire Laurentien, beside AlRawdah Mosque.

This article has been modified since it first appeared.