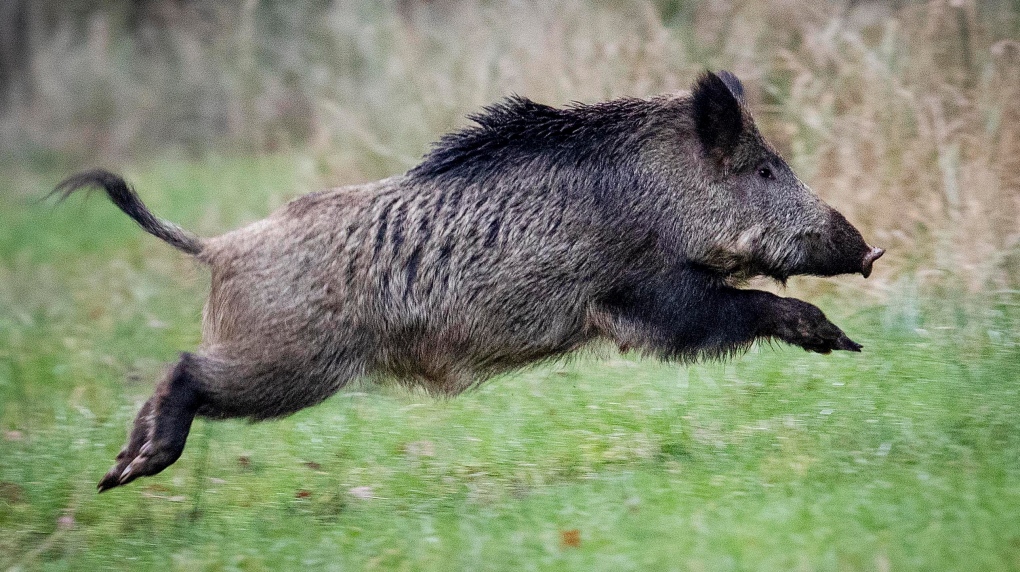 In this Nov. 9, 2019 file photo, a wild boar jumps in the Taunus region near Frankfurt, Germany. A wild boar was spotted in Magog in Quebec's Eastern Townships and authorities would like to see it captured. (AP Photo/Michael Probst)

MONTREAL -- Residents of Magog in Quebec's Eastern Townships have been asked to be on the lookout for a wild boar that has been spotted in the area.

The Quebec Ministry of Forest, Wildlife and Parks contacted municipal authorities after a boar was spotted on Chemin des Peres in the town.

"We are asking for your cooperation to report this animal to the ministry so that it can be collected as soon as possible," the Ville de Magog posted on its Facebook page. "This wild boar can cause significant damage to crops and establishments."

A notice from the municipality warns residents to not approach the animal, but slowly and calmly move away from it. In addition, hunters are reminded that shooting a wild boar is not permitted.

A 2019 article in Scientific Reports says wild pigs are one of the "Most prolific invasive mammals on earth" and "are reservoirs of disease." They have established localized populations in Quebec, the report reads.