In Canadian first, Quebec whitewater river declared legal 'person' with its own rights 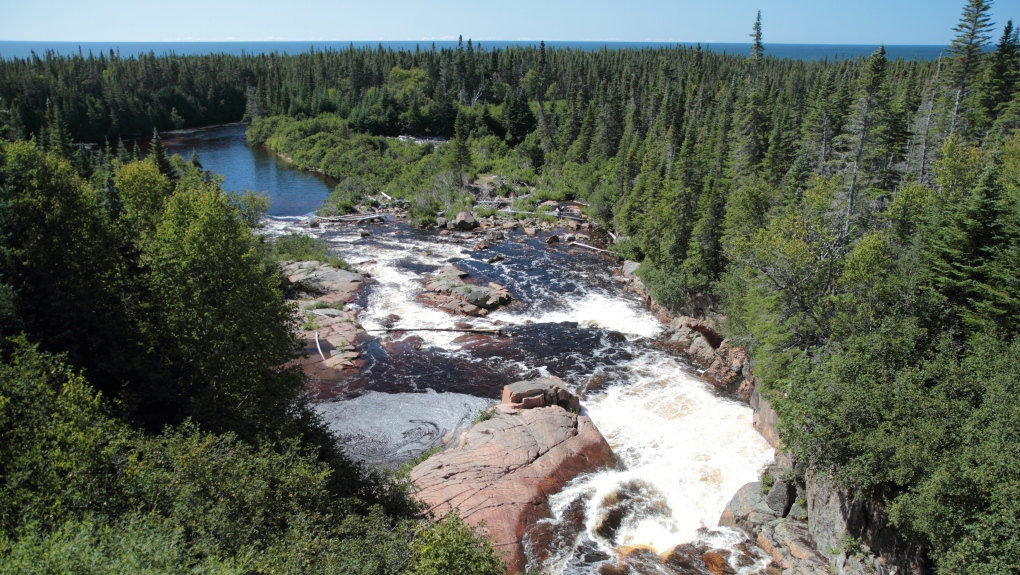 MONTREAL -- A famous whitewater river in northern Quebec is the first place in Canada to be declared a person, legally speaking, under a new environmental strategy that’s taken off in some other countries.

The Magpie River in Quebec’s Cote-Nord was given legal personhood through twin resolutions by the local Innu council and by the local municipality of Minganie.

That united front, along with the river’s fame, makes it a “perfect test case” in Canada for the idea, according to a Montreal organization specializing in this legal tactic.

As a legal person, the river has nine distinct rights and the possibility of having legal guardians, said the groups in a joint press release.

“The people closest to the river will be those watching over it from now on," said Jean-Charles Piétacho, chief of the Innu Council of Ekuanitshit.

The idea of treating parts of nature—places or animals—as persons under the law has become increasingly popular in some places, particularly in New Zealand, where Maori groups and that country’s federal government have together created the new status.

In one example, in 2017, New Zealand’s parliament passed legislation declaring the Whanganui River a legal person in the first-ever such case in the world.

It recognized the river, which is almost exactly the same length as the Magpie, as an indivisible, living being and conferred upon it the same rights and responsibilities as a human being.

The act also ended a long-running claims process between the government and Maori.

“It's a shift of paradigm,” Yenny Vega Cardenas, one of the project's leaders, told CTV News.

Cardenas is the president of the International Observatory on the Rights of Nature (IORN), which is based in Montreal and drafted the legal resolutions along with the rest of the group.

The idea isn’t just granting rights or protecting the river for future generations, she said, but “recognizing that… we are not the masters of the universe, over nature,” but that the relationship between humans and their environment is far more complicated and intertwined, she said.

The other countries where the strategy has been most used, other than New Zealand, are Ecuador and the U.S., she said.

The U.S. is also the one place where a high-profile effort recently failed: the town of Toledo passed a resolution declaring Lake Erie a person, in order to help them create stronger protections for the lake after toxic algae made the water undrinkable for a period in 2014.

A federal court struck down that resolution last year, saying it was too broad.

In northern Quebec, the perceived danger to the Magpie (called the Muteshekau-shipu in the Innu language) lies elsewhere.

The river, almost 300 kilometres long, is famous for a series of rapids that have made it an international destination for whitewater enthusiasts—National Geographic ranked it among the world’s top 10 whitewater rivers.

But that same energy has also put it on the radar of Hydro-Quebec, the province’s state-owned energy corporation that has harnessed huge swaths of northern Quebec and its powerful rivers for hydroelectricity.

There is already one generating station on the Magpie, opened in 2007 by Hydro-Quebec and then sold in 2013 to smaller renewable energy company Innergex, which now owns it in partnership with the Minganie municipality.

However, Hydro-Quebec has shown interest in the river since then, including the river in its strategic plan about a decade ago and sparking a long battle over the idea of new dams on the river. Hydro-Quebec plans abandoned those plans in 2017, saying it didn't need the extra energy.

In their press release, the groups involved said that their recent move is new way of trying to secure long-term protection for the river, given its appeal for energy producers.

The need to protect the river “has received regional consensus,” the groups wrote, “but the plan to declare the river a protected area has been thwarted for years by state-owned Hydro-Québec, due to the waterway's hydroelectric potential.”

Hydro-Quebec told CTV that they have indeed “identified it as a river with potential,” and they would like to keep options open to be able to use it for hydropower, but there’s no simmering conflict over it right now.

“We understand that these people made a clear statement about their intention to protect this river,” said Hydro-Quebec spokesman Francis Labbé.

“We want to reassure these people that we don’t have plans on the Magpie in the short or even medium term. We have no project planned or even foreseeable in the next decade,” he said.

In the longer term, however, it’s difficult to say what energy demand will be like, and for Quebec’s “energy security,” he said “we do not consider it responsible… to permanently renounce the potential of that river.”

Labbé said that when Hydro-Quebec does propose a new dam or other facility, the current regulations are stringent.

“Even if we wanted to come out with a project in 15 years from now, we'll have to meet many criteria, including social acceptibility, including assessing the environmental impact,” he said.

Cardenas said that, in general, laws meant to protect the environment can leave disastrous holes.

For example, legislation protecting waterways may ban a certain amount of pollution from one site, but even if all the different polluters stay within their legal limits, it can add up to too much overall for the waterway, she said.

“Sometimes we have too many for the same river and we didn't evaluate [ahead of time] the impact, the whole pollution that’s going over the river,” she said.

The leader of another Quebec environmental group said the personhood move comes after foot-dragging by the province.

It’s “a way for us to take matters into our own hands and stop waiting for the Quebec government to protect this unique river,” said Alain Branchaud, director of the Quebec chapter of the Canadian Parks and Wilderness Society.