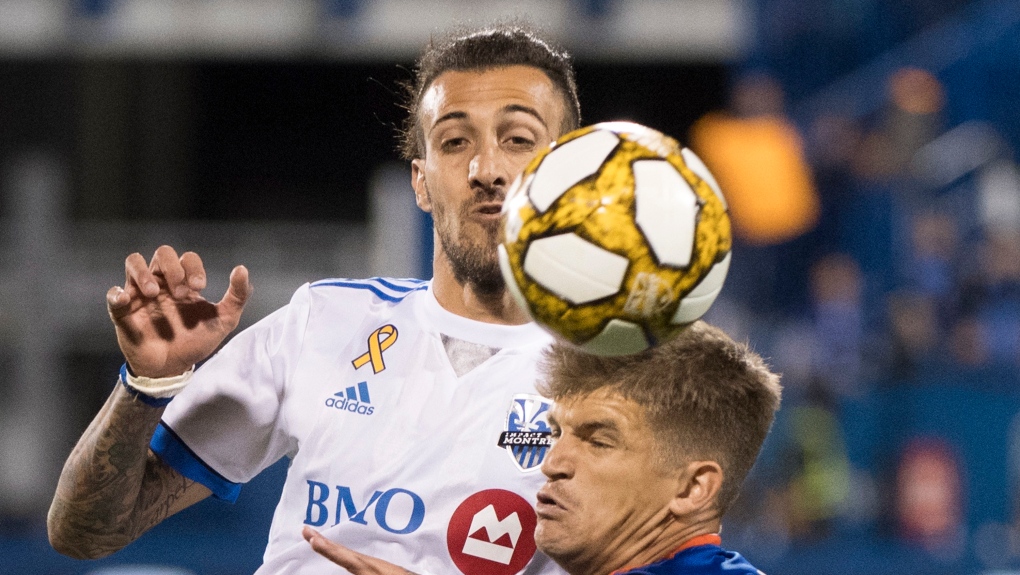 A goal in the opening minute of play by Allan Cruz was all last-place FC Cincinnati needed to defeat the Impact 1-0 on Saturday night, seriously hurting Montreal's MLS playoff hopes.

Goalkeeper Przemyslaw Tyton made one save for the clean sheet for the already-eliminated FC Cincinnati (6-21-3), which snapped a four-game losing skid and ended a stretch of nine matches without a victory.

Cincy was reduced to 10 men when captain Kendall Waston was shown a second yellow card in the 88th minute for unsporting behaviour.

Evan Bush made two saves for the slumping Impact (11-16-4), who have one victory in their last seven games.

With three matches remaining this season, eighth-place Montreal is three points behind seventh-place New England, which has a game in hand after tying Orlando City 3-3 on Saturday.

Twenty-six seconds is all it took for Cincinnati to jump ahead -- its first lead in a game in nearly a month.

A cross into the box from Emmanuel Ledesma was poorly cleared by Rudy Camacho and the ball dropped to Joseph-Claude Gyau. The winger's shot was then blocked by Samuel Piette right into the path of an unmarked Cruz, who beat Bush for his sixth goal of the year.

The Impact pressed hard for an equalizer for the remainder of the match but not even Ignacio Piatti's return from an adductor injury could jump start the team's flat offence.

In the sixth minute, Piatti stole the ball from a Cincy player in an advanced position but Maximiliano Urruti wasted the chance by not shooting quickly enough.

Piatti nearly scored less than a minute later but he botched his shot from 12 yards out and missed the net.

Montreal's best chance of the game belonged to Urruti in the 40th. On the Impact's ninth shot, their only shot on target, Urruti sliced a volley from close range but Tyton made an incredible reaction save to preserve the clean sheet.

Chances were few and far between in the second half.

Bush kept his side in the game with an acrobatic one-handed save on Gyau in the 78th minute.

That save nearly paid off when Bacary Sagna was taken down in the penalty box by Gyau in the 82nd but referee Ramy Touchan refused to point to the spot. Boos rained down from the 17,159 at Saputo Stadium while coach Cabrera watched incredulously from the sidelines with his arms in the air.

But there was no redemption for the Impact, who dropped both their matches this season against league-worst Cincinnati following a 2-1 loss in Ohio back in May.