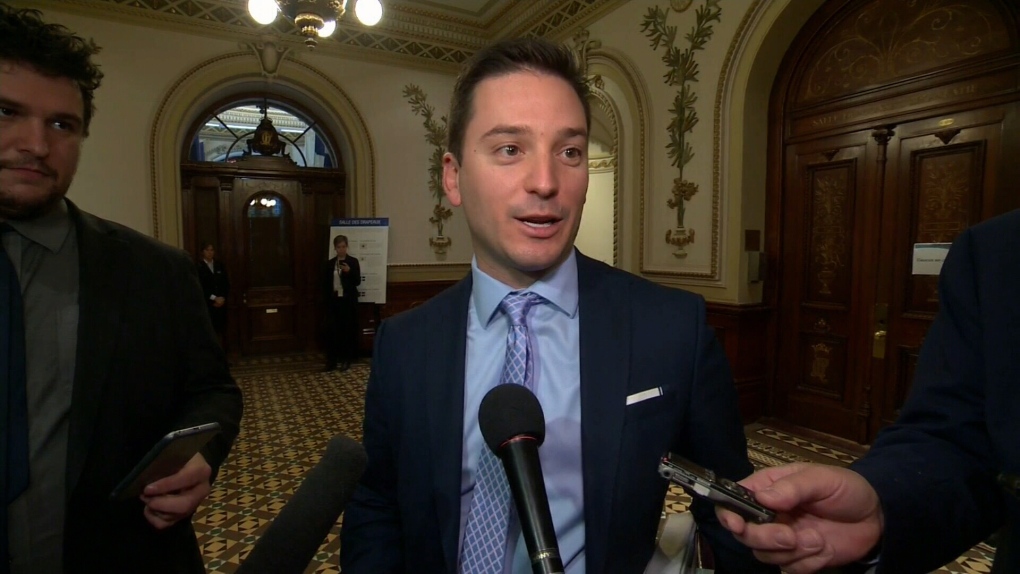 MONTREAL -- Immigration Minister Simon Jolin-Barrette reassured business people in Montreal on Friday that he'll try again to change the Quebec Experience Program (PEQ), and this time his changes will better meet the needs of the province's economy.

Speaking to about 350 people at a Chamber of Commerce luncheon, Jolin-Barrette said he would be holding consultations "over the course of the next few weeks" in order to guarantee changes that would help employers.

The PEQ has historically been open to all international students in order to fast-track their path towards permanent residency, and ultimately Canadian citizenship.

Earlier this year Quebec's government made retroactive changes which meant hundreds of foreign students would have to leave Canada.

That sparked an outcry, with students and business leaders denouncing the provincial government as being cruel and insensitive while pointing out the new list of preferred fields of study bore little relation to what was needed in the marketplace.

Faced with that opposition, the provincial government backed down and cancelled its proposed changes.

The president of the Chamber of Commerce, Michel Leblanc, said Friday he was glad Jolin-Barrette had backtracked, and that he felt the government was now going in the right direction.

Quebec's unemployment rate, at 4.8%, is the lowest in Canada, and business leaders have been encouraging the province to admit more immigrants.

With notes from The Canadian Press