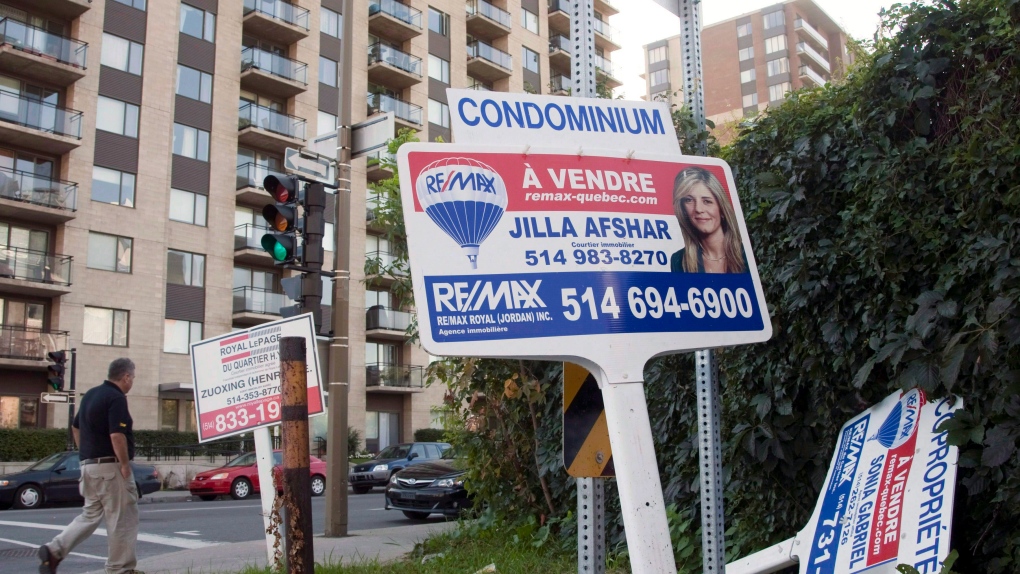 A housing market study found 20 per cent of home purchases in Canada are made by newcomers to the country. THE CANADIAN PRESS/Ryan Remiorz

MONTREAL -- A Royal LePage-commissioned survey found newcomers to Canada contribute significantly to real estate demand, and make up over a fifth of new home buyers.

The real estate company's survey found newcomers are projected to purchase 680,000 homes over the next five years, or one in every five homes sold.

According to the study, the most popular reason for moving to Canada (54 per cent) was that newcomers see the country as a good place to live and work.

Quebec, with 19 per cent, is second only to Ontario in attracting newcomers to live and work in the province; that is the same percentage of new arrivals to Quebec who buy a home in the province (representing 102,000 homes bought over five years).

"Demand for real estate in the province of Quebec, and the Greater Montreal Area, in particular, is healthy as newcomers settle here for our excellent academic institutions, great quality of life and relative affordability," said Royal LePage vice president and GM for the Quebec region Dominic St-Pierre.

Quebec, St-Pierre added, has a significant "out-migration rate" and the population is aging.

"Newcomers provide a population boost that supports both a healthy economy and vibrant real estate market," he said.

Quebec, the study notes, has the lowest homeownership rate in the country at 25 per cent.

According to Statistics Canada, the country's population growth was the highest among G7 countries at 1.4 per cent. The growth is driven mostly by immigrants at 82.2 per cent of the total.

The study also found that 82 per cent of newcomers choose to stay in their first city of residence and 72 per cent arrive with savings to help purchase a home.

"In addition to supporting Canada's economic growth, newcomers are vital to the health of our national real estate market, " Soper said. "The combined demand for affordable housing among younger Canadians and new Canadians can be met through housing policies that encourage smart and sustainable development with a focus on protecting and developing green spaces in our urban spaces."

The study also found that 31 per cent of newcomers are likely to be a family with children, 25 per cent students and 20 per cent sole applicants. It also found newcomers generally purchase a home three years after arriving in Canada.

However, only 32 per cent of newcomers are homeowners compared with 68 per cent of Canadians overall.