If you've got it, haunt it: Montreal man creates COVID-19-friendly haunted house 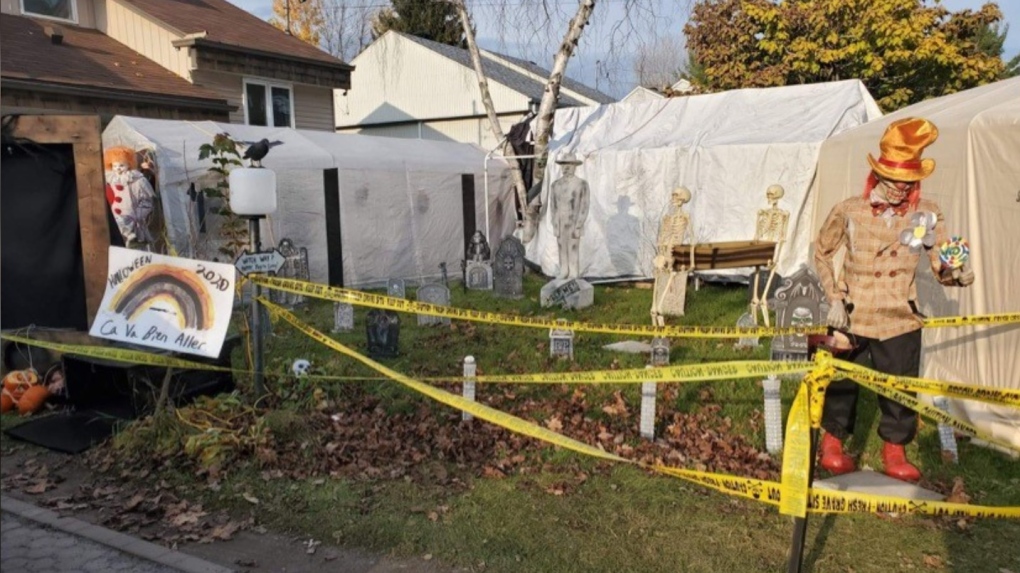 Scott Trainor made a haunted house for Halloween despite the COVID-19 pandemic -- and a security company offered to help him keep it safe.

MONTREAL -- A code red and potential fine won’t stop Scott Trainor from having people visit his haunted house on Halloween.

After receiving 300 people at the attraction last week, police officers told Trainor he’d be fined if he opened the haunted house again.

Still, Trainor is determined to make this Halloween memorable.

“Halloween has always been a passion of mine.” he said. “Growing up, we always had a decorated house.”

Trainor made a haunted house for the first time last year. After working on it often over the span of a month and receiving several guests last weekend, he anticipates a large turnout on Halloween.

Trainor plans to take all the precautions necessary to ensure the safety of everyone who visits the haunted house on Halloween, as he did last week -- and police have given him the go-ahead to open if he does so.

“We are enforcing social distancing in line, separated by family groups,” said Trainor. “Hand sanitizer station at the entrance with required use and masks are mandatory.”

Only one family will be allowed to enter the haunted house at a time.

Diligence Security – a company founded this year – has offered its services to Trainor to help ensure public health guidelines are followed.

“We will be questioning everyone before entry about any existing symptoms,” said Tania Derusha, the co-director of Diligence. “We will also be taking the names and phone numbers of everyone so we can do contact-tracing if needed.”

Four security guards and two security cars will be provided to Trainor this weekend.

“Mr. Trainor and the police have come to and understanding that if all precautionary measures are implemented and followed, he would not be receiving a fine," Derusha added.

Premier Francois Legault, Health Minister Christian Dube and the director of public health, Dr. Horacio Arruda, announced a few weeks ago that children will be able to trick-or-treat this Halloween, but that precautionary measures need to be respected.

“Under no circumstances should children enter houses,” said Legault, adding that candy should be handed out from at least two metres away for children to safely collect.

Arruda also elaborated on the decision to let children trick-or-treat.

“The risks associated with Halloween are considered low, due to the fact that children run outside, and, for a relatively short period of one to three hours,” he said.

Legault and Dube both said they hope people respect public health measures to have a safe and fun Halloween.