What makes a great steakhouse?

Those were, at least, some of the things that kept Montreal’s legendary Moishes institution around for the better part of a century.

During that time, Moishes fed the greats. Quebec’s darlings, Leonard Cohen and Celine Dion were among many more politicians, artists, actors and the like who have sat down for a meal there.

It’s long been a staple of the Main, along with its former near-neighbours: Warshaw’s, the Rachel Street Market; their physical locations exist, but their stories of bustling crowds of locals, of garment workers, immigrants and refugees, have ended.

Many feared a similar fate for Moishes which, in 2020, announced it would close its doors on Saint-Laurent.

While the pandemic certainly stuck a wrench in the gears, Moishes was set to move for some time. The restaurant had been bought by a Quebec company in 2018, and with the lease on the building set to expire, it was an organic end for Moishes as many knew it.

The new owners, those also at the helm of La Cage Sports bar, said they would move the steakhouse downtown.

Details have since come to light: Moishes new home will be on the corner of Viger Ave. off Square Victoria. Construction on the new location is set to begin in May. If all goes well, the dining room will open in the fall of 2022. 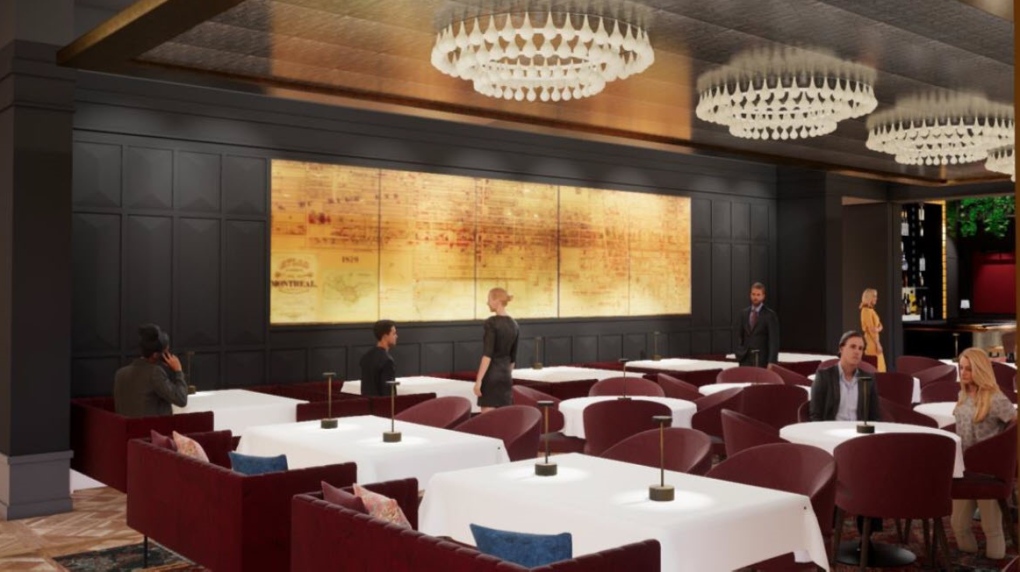 With a swanky new interior, and plans for a more-visible kitchen and bar, the new Moishes is probably going to be a great steakhouse. But there’s another question: with new owners, a new location, and new clientele, what makes the new Moishes Moishes?

“What we're trying to do is to keep the iconic items of Moishes there,” said Jean Bedard, president of Groupe Sportscene, which now owns the restaurant.

“I think that we’re keeping the DNA of the past, but we’re bringing Moishes into the future,” he said, “which is a very delicate operation.”

The menu will evolve too, he says.

“The winners will stay there,” he said. “You know, the pickles, the famous coleslaw, the steaks, obviously, but I think we can go a little bit further, maybe in terms of a fish” option, he said. “People are eating very differently.”

Staff from the previous location will be invited to work at the new one, said Bedard, and the workers’ union structure will remain in place.

Bedard has big plans for Moishes as an international brand as well, and he says Sportscene has plans to expand exports of Moishes retail foods across Canada and in the United States.

“Moishes already has … a good retail business,” he said. “So, if we put that business together with La Cage … we believe in (its) potential.”

“First, have to move the restaurant and get back on track in Montreal,” he continued. After that, though, “maybe we can expect have more Moishes (across) North America.”

The Conservative Party is doubling down on its call for the federal government to do away with travel restrictions and revert back to 'pre-pandemic rules' in light of recent airport delays.

Jason Kenney has quit as UCP leader. What happens to the party and government now?

With Jason Kenney having stepped down as leader of Alberta's United Conservative Party, who is now leader of the province?

Canada experiencing shortages of some formulas for babies with food allergies

Health Canada says there is currently a shortage in this country of infant formula designed for babies with food allergies and certain medical conditions amid a serious shortage in the United States.

The former clerk of the British Columbia legislature has been found guilty of fraud and breach of trust in connection to allegations of improper spending made against him.

The spotlight in a Virginia courtroom has turned to attorney Camille Vasquez this week.

Prince Charles and Camilla, Duchess of Cornwall, have started their journey to Canada's North, where they are scheduled to speak with First Nations chiefs as the final day of the royal visit focuses on Indigenous issues and climate change.