'I still had fun through it all,' immunization committee chair looks back on the COVID-19 pandemic 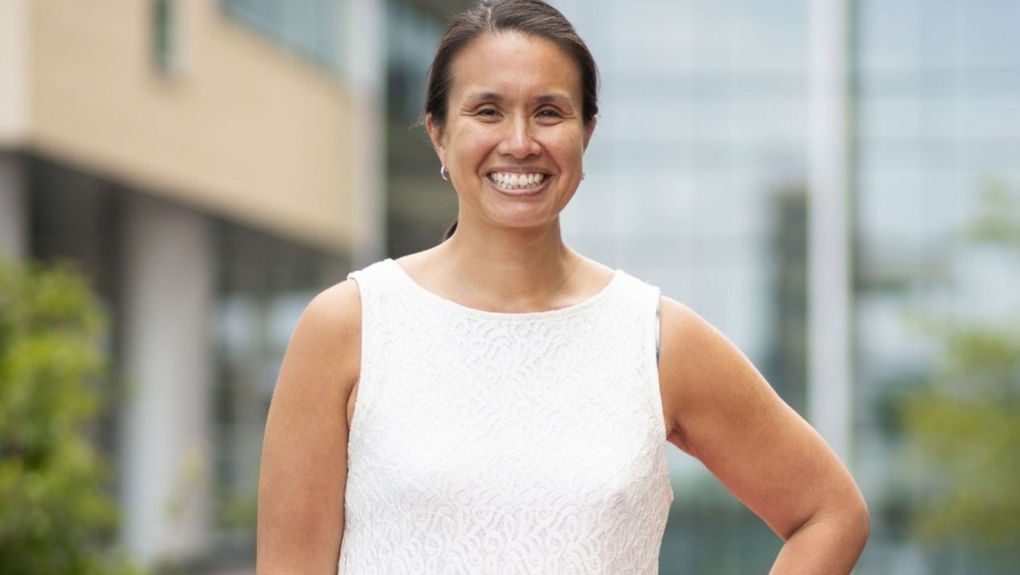 Dr. Caroline Quach-Thanh says she will not enter the political realm and that she has no regrets about how the immunization committee functioned during the COVID-19 pandemic. SOURCE: Foundation CHU Sainte-Justine

MONTREAL -- Unknown in the public sphere only 18 months ago, Dr. Caroline Quach-Thanh of Sainte-Justine UHC has established herself as one of the leading figures in the fight against COVID-19 in Quebec.

This week, she completed her four-year term as National Advisory Committee on Immunization (NACI) a chairmanship that will forever be inextricably linked to the worst public health crisis of the last century.

Despite the turmoil, she says she had fun, has no regrets and leaves with her head held high.

The day after her departure, The Canadian Press spoke with the woman who says she's not sure what the future holds -- except that she'll never enter politics.

Chairing the NACI is a volunteer position that usually requires a commitment of only a few hours a month. It has turned into a full-time position. If you had known four years ago what you were getting into, would you still have accepted it?

Honestly, I don't think anyone could have predicted the magnitude that it took. Certainly, looking back, I think it's completely crazy, but at the same time, I think I was well placed to do this job.

Today, at the end of my mandate, I have the feeling of having accomplished my duty. When you have the expertise and when you have the capacity to do it, to shirk your responsibilities because they are very demanding, from my point of view, it is a bit of cowardice. I wouldn't have chosen it but it chose me, and I did it with conviction and energy.

And honestly, despite all the difficulty and all the pressure, I still had fun through it all. The committee is made up of experts, so talking with them was super interesting. I found people who were dedicated and never wastes their time. I have absolutely no regrets about doing it. You never know what's around the corner, but I'm very proud to have been in that position and to have been able to do what has been accomplished over the past few months.

Was it difficult to deal with a crisis in which the science was evolving at full speed and sometimes conflicting advice was coming from all sides?

To say no would be a blatant lie. All those who had to make decisions during this pandemic had to deal with this constantly evolving knowledge and changing recommendations.

So what we, and I personally, decided to do was to act transparently. We had no political stakes, we were going to ignore any political pressure that might come our way. We were an independent committee, which allowed us to take this approach. We looked at the scientific data and we made decisions for the greater good of Canadians. Of course, we also worked together, because sometimes a decision that is the best from a scientific point of view could be deployed and have harmful consequences from an organizational and population point of view.

We also took into account the issues of acceptability and feasibility, but we always put scientific knowledge and ethics above all other elements. We adapted.

I think it went relatively well, although some decisions got in the way at times, or there was some negative impact on me because I was the spokesperson for the committee. But when you look at it from a much more macroscopic perspective, I think that, by and large, we did well and the decisions that were made were the right ones. We couldn't necessarily prove it at the beginning, but so far, the future has proven us right.

You had your own personal fallout at times, such as when you said you wouldn't recommend AstraZeneca's vaccine to your sister. How do you remember that episode?

I was honestly trying to explain that a complication from AstraZeneca that could have been avoided, because you weren't at risk and other vaccines were coming, was one complication too many.

I wanted to take an example that was telling, so I took my sister because I have one sister and I love her. I could have used the sister or the wife (of the reporter I was talking to), but it might have been wrong to use an example that wasn't personal, so I brought it back to me. Would I do it differently? Yes, I might.

I later corrected the facts.

At the time, there was enough evidence worldwide to tell us that when there is an alternative to AstraZeneca, and the person is not at risk, it might be worth telling people that if they can get a messenger RNA in a week, just wait.

If you take your AstraZeneca and you have a major thrombosis complication, to us that was unacceptable. And that was a very difficult message to get across because the politicians wanted to say that all vaccines were equal, and for them, the most important thing was to vaccinate as quickly as possible.

But for us, it was not at all costs.

The public didn't know you 18 months ago. How did you deal with your sudden notoriety?

Being a public figure brings responsibilities I didn't have before, so I can't get angry at anyone in public anymore (laughs). I still have to keep a certain amount of restraint. Being the spokesperson was extremely taxing, and fortunately, I had some affinity with the media. I think I gave a lot more than was expected, and I was doing that on top of my full-time jobs.

What are some useful lessons for the future from this pandemic?

We learned that prevention is absolutely key, but that everything that was put in place after other public health emergencies were quickly axed. In health-care in general, and in society in general, we tend to ignore prevention because we have the impression that it is expensive and that we never know when it will pay off.

And it's true, you never know when it will pay off.

But when a pandemic happens and we're ready, the network is ready, the staff is trained, we do much better.

Each time we say that we will learn from this crisis, and each time we throw away everything we have prepared because we say that it will not necessarily be reusable, but can we have a 'playbook' that says that when there is such and such a signal, here is the sequence of things to put in place, here is what we are deleting, here are the environments that we must protect and how.

What does the future hold for you? Will you continue to be publicly involved or are your duties at Sainte-Justine and the Université de Montréal more than enough?

I don't know. Generally speaking, I don't have a pre-established career plan. I wait to see what opportunities are offered to me. I'm never closed, and sometimes the opportunities have nothing to do with what I'm doing now, but I'm always open to interesting projects or collaborations.

In terms of media, I will continue where I am needed, I will maybe be a little less present because in theory, the pandemic should end eventually (laughs).

I will continue in my current positions, but for the rest, we will see. I won't take the first thing that comes along because I need a break, but we'll see what the future holds.

Are you opening the door to a political career?

If there is one thing I have learned, it is that I am not cut out for politics. I have too much integrity and I don't like to be backed into a corner when someone wants me to say something I don't want to say.

Politics, when you get into it, you often want to stay in it, there is a power that comes with it that doesn't suit me. I've never been approached, but with everything I've said, I wouldn't think anyone would approach me (laughs).