'I did my job': Shachi Kurl on the English-language debate controversy 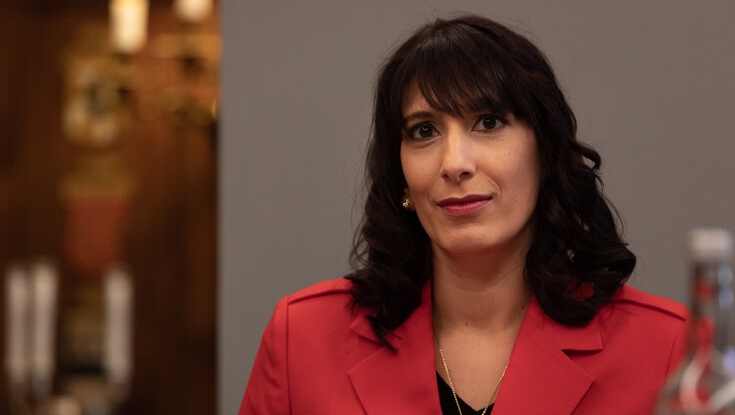 MONTREAL -- "You deny that Quebec has problems with racism yet you defend legislation such as Bills 96 and 21 which marginalize religious minorities, anglophones and allophones. Quebec is recognized as a distinct society, but for those outside the province, please help them understand why your party also supports these discriminatory laws?"

It was a question that sent shockwaves throughout Quebec.

Shachi Kurl's comment at the 2021 English-language debate would quickly cement itself as one of the federal election's most controversial moments.

Although the moderator's question was directed at Bloc Québécois Leader Yves-Francois Blanchet, it would soon be condemned by leaders across the National Assembly.

But election night was weeks ago, and the contentious debate question has faded into memory for most.

But for Kurl, it's not something she'll forget anytime soon.

"It's never what you want to get up and dream about, [to] become the centre of the story," said Kurl during a Thursday interview on CJAD 800's Montreal Now.

Kurl is the executive director of the Angus Reid Institute, an organization that commissions research and opinion polls on Canadian issues.

LISTEN TO THE CJAD INTERVIEW HERE

As a public policy analyst, Kurl said she's used to looking at the news -- not being at the centre of it.

"As journalists and analysts and people who talk about the news, and talk about newsmakers, it's not the most comfortable place to be that person," she told hosts Natasha Hall and Aaron Rand.

Following the debate, Kurl was accused "Quebec bashing" by the province's legislature, who demanded her apology.

But Kurl has refused to take back her statement -- although, by her own admission, she might have phrased things differently.

"Could you be in a situation where you might rephrase a question, where you might tighten it up, you might do something slightly different with it? Sure, absolutely. But you can't go back in time."

The question had been agreed upon ahead of time by a team of experts, added Kurl.

"That was an iterative, collaborative process between the debate producers, a lot of very seasoned reporters and journalists in that room, and myself."

Regrets about word choices aside, Kurl said the crux of her statement was fair game. She said the part of her question "in regards to minority rights" was appropriate for a federal election debate, despite accusations that claimed otherwise.

"At the end of the day, what kind of society are we living in when you can't ask a question? When a politician says a question is not appropriate? I mean, are we now making the politicians or other people the arbiters of what we can talk about in this country?"

When asked whether she would consider moderator another federal debate in the future, Kurl's answer was brief:

"Give me a little time to think about that one."