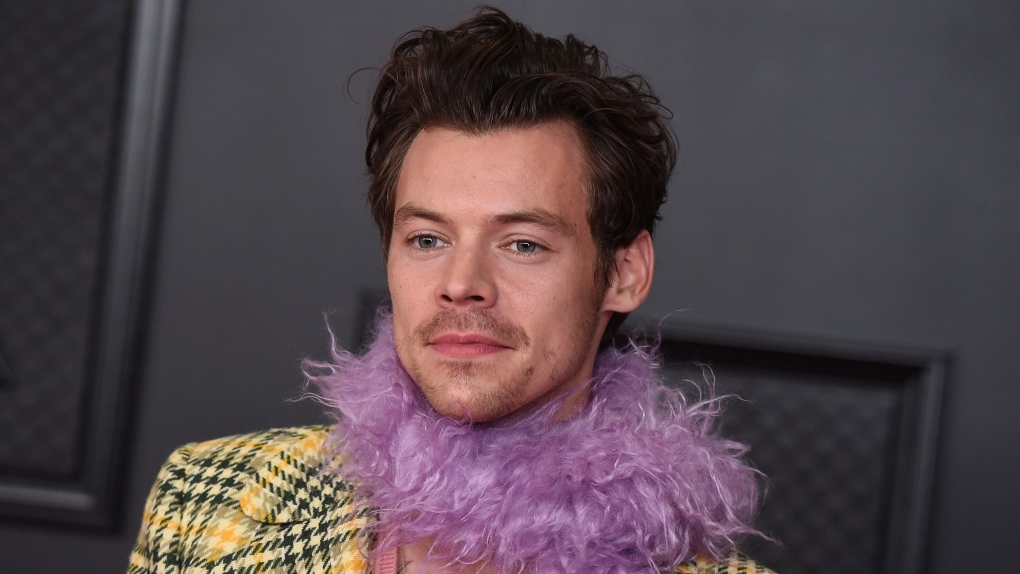 Harry Styles poses in the press room at the 63rd annual Grammy Awards at the Los Angeles Convention Center on Sunday, March 14, 2021. (Photo by Jordan Strauss/Invision/AP)

The Oct. 10 show at the Bell Centre was part of Styles’ "LOVE ON TOUR" trip, which had already been rescheduled due to COVID-19 concerns.

Initially planned to cover North America and Europe, the singer announced Wednesday the shows would be restricted to the United States.

“As always, the well-being of my fans, band, and crew, is my top priority,” wrote Styles on social media.

“Safety guidelines will be available on the respective venue websites to ensure we can all be together as safely as possible.”

Styles apologized to fans — at least some of them.

“To everyone in the UK, and across the world, I can’t wait to see you again, but for obvious reasons it is just not possible at this time.”

While Styles did not have anything to say directly to his Canadian fans, he did offer some hopeful words.

“I love you all so much. I’m very excited, and I can’t wait to see you,” wrote the popstar.

CTV News reached out to ticket seller Evenko for more details on why exactly the Canadian dates were cancelled but did not immediately hear back.

Previously planned Toronto shows also do not appear on the updated schedule, while some American dates have also changed.

Some ticketholders voiced their frustrations on social media following the announcement.

“This is so sad,” wrote one person. “I have tickets for my 14 yo daughter in Toronto … She has had so much cancelled.”

“WTF are we supposed to do with our flights and hotels now,” wrote another person. “Our concert was a month away, so we planned it, and (now) it's moved to November.”

For those thinking of making the trip down south to catch Styles in concert, the Canadian government maintains its recommendation to avoid non-essential travel outside of the country.